Homecoming: Patriots look to celebrate with a win over the Northside Methodist Knights 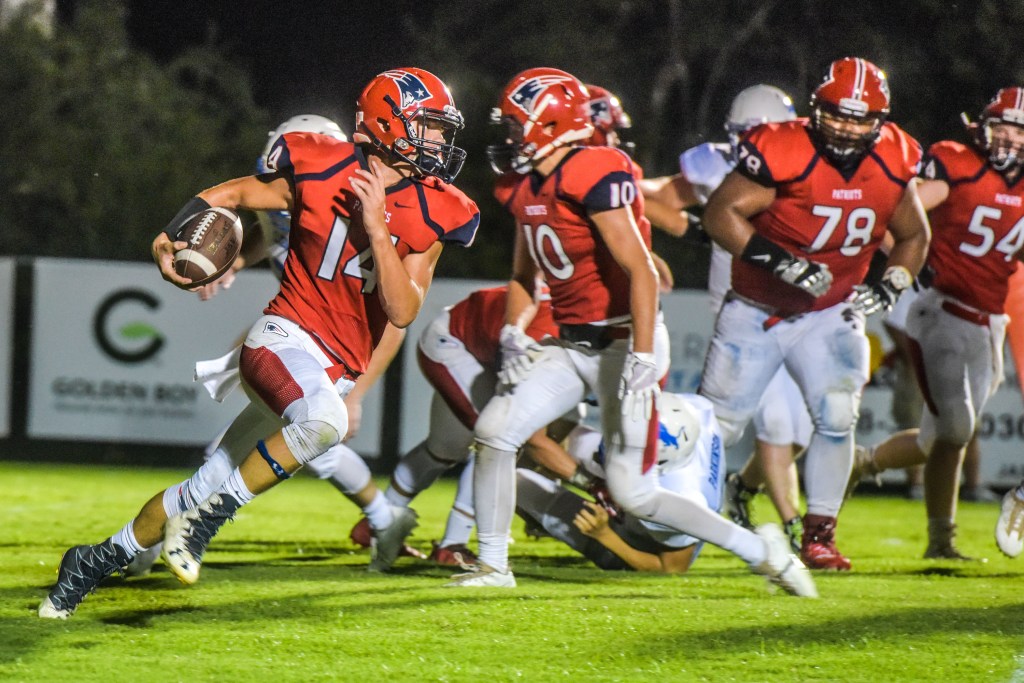 Reed Jinright runs the ball for the Pike Liberal Arts Patriots during during a game against Kingwood Prep on August 18, 2017. The Patriots won 47-8.

The Patriots (5-1) return home after finishing up the road trip with a 1-2 record. Despite the distractions that can come with homecoming the Patriots have remained focused on the larger picture.

“It’s homecoming so minds are everywhere,” said head coach Gene Allen. “We have had a good week of practice. From a coaching standpoint, you just want to get it over with. Like we tell our kids, we want them to have fun and enjoy it, but you have to see the big picture. It’s a region game for us also and it’s a must-win game.”

Last week, the Patriots narrowly escaped Phenix City with a 12-6 win over Glenwood. In their last three wins the Patriots have won by a total of just 14 points. Their win over Abbeville Christian came in overtime.

“I didn’t think it was one of our better games. We were coming off the Autauga game where we played pretty well. I thought we were sluggish but we were able to keep them out of the end zone for the most part.”

This week the Patriots return home and don’t have to worry about the lengthy road trips for the time being.

“We don’t mind playing on the road, but when you’re traveling a couple hours away it starts wearing on you a little bit,” Allen said. “It’s good to be home. Its always great to play in front of your home crowd. We always have a good following and I think homecoming will have a big crowd for us.”

Last year the Patriots fell to the Knights 34-27 and Northside Methodist went on to a 5-5 regular season. This year has been a different story. The Knights are currently 0-7 and have been outscored 282-60.

“A lot of it is graduation,” Allen said. “They graduated four or five guys that played in the all-star game last year. They are getting better each week. They kind of struggled at the beginning of the year; trying to figure out what they wanted to. Now they have settled down and have started to do some spread stuff.”

The Patriots are tied for second in the region with a 1-1 record and would love to make it 2-1. Allen would love to see his team come out and make a statement early.

“It’s always important to get off to a good start,” Allen said. “It’s a region game and it’s a must-win game. It’s like a playoff game for us. I would love to be able to take the ball and take it right down the field and score.”

Kickoff between the Knights and Patriots is scheduled for 7 p.m.