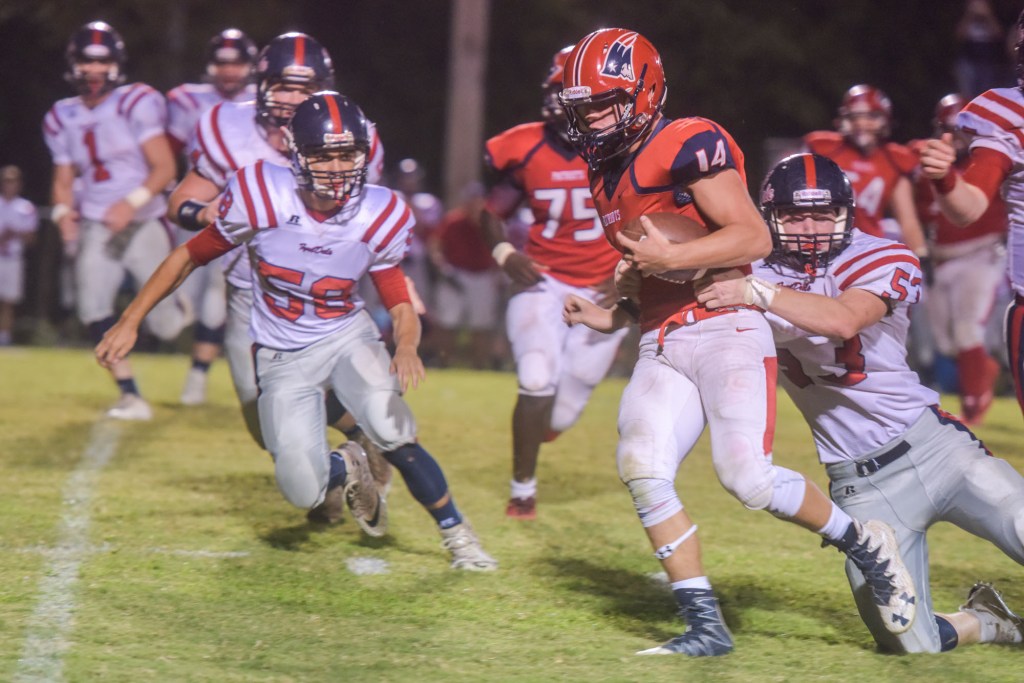 The Pike Patriots hope to close out their toughest stretch of the season with a win on Friday against the Glenwood School Gators.

The Patriots (4-2, 1-1) dropped their second game in a row to a top-five opponent last week when the lost to Autauga Academy 40-26.

“I was very pleased with the effort,” said Patriots head coach Gene Allen. “I thought there were several fundamental things that we messed up again, but I thought our kids played really hard.”

Not only have the Patriots have gone up against two of the best teams in the state, they have also had to do it on the road. This Friday will close out a streak that saw the Patriots play three straight and four of the last five games on the road.

“Yeah we are ready to get back home, but we have one more on the road first,” Allen said. “We need to get back on the winning trail and turn everything around, but Glenwood has a good football team.

For coach Allen, the bigger challenge comes from their opponents and not from playing on the road.

“The biggest thing is you have to budget your time right,” Allen said. “Usually when you go on the road you have crowd disadvantage, but we have had pretty good crowds. We don’t mind playing on the road. It’s just the teams we have been playing are the best in AISA.”

Glenwood will be the Patriots last non-region opponent until the season finale against Lee-Scott. The Gators are 3-3 entering Friday night, but their three losses have been by a combined 15 points.

“They are going to be ready to play,” Allen said. “They have lost three games, two of the three games were by a point. They have a good football team with some pretty good athletes. We are going to have to come out and play and have everyone doing what they are supposed to be doing.”

The Gators in their first six games have averaged 36 points per game.

“They are spread,” Allen said. “Probably the biggest difference (from last year) is their quarterback isn’t a runner. He throws the ball pretty well so it’s a different challenge.”

The Patriots have had their own shining moments on offense. They have averaged 27 points despite their strong schedule. One player that has made a difference for the Patriots has been TK Thomas. The new Patriot running back has rushed for 149 yards and four touchdowns over the last two games.

“He has been good and running the ball hard,” Allen said. “He ran the ball really last week and did a nice job.”

Kickoff between the Patriots and the Gators is scheduled for 7 p.m. at the Swamp in Phenix City.