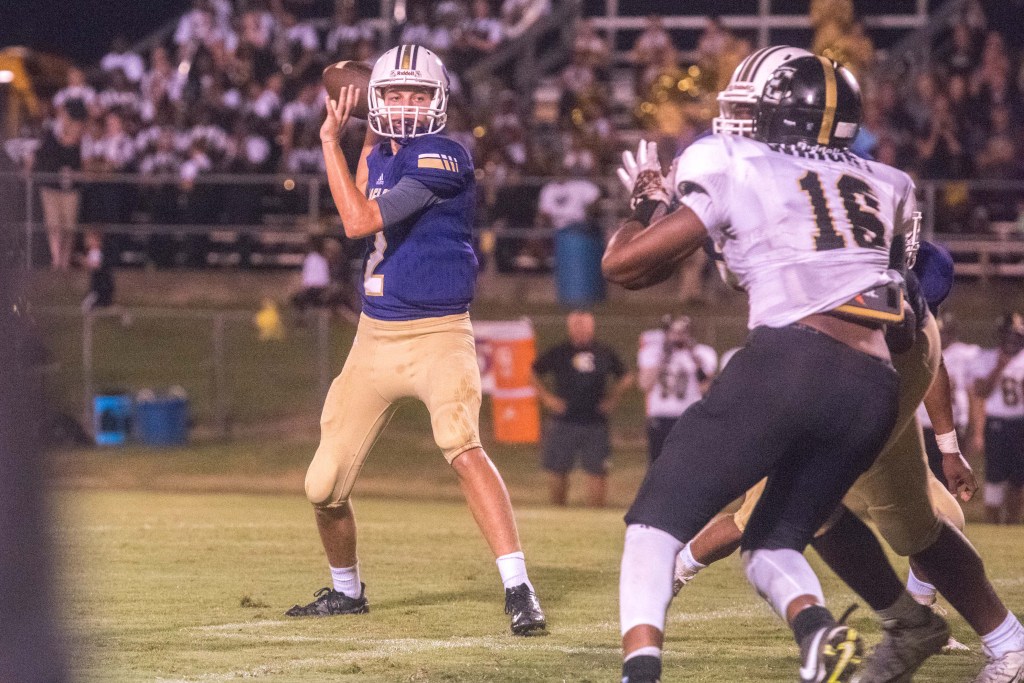 The Goshen Eagles will try to turn the page after last week’s 20-14 loss to Elba when they hit they road to take on Houston Academy this Friday night.

The Eagles fell for the first time this season against the Tigers, bringing their record to 3-1 overall and 2-1 in region play.

After a sluggish day under the hot sun Tuesday, the Eagles have hit the practice field and are ready for the Raiders.

“It’s been good; really good,” said head coach Bart Snyder. “We were a little sluggish yesterday (Tuesday), but it was hot and it was a full pad day. Other then that, it’s been good.”

The Tigers extended their winning streak over the Eagles on Friday; Goshen has yet to beat Elba under Bart Snyder.

“There were several things and I think they feel the same way too, that if we did correctly that we had a better chance to win the ball game,” Snyder said. “We had opportunities.”

There has always been a lot of hype that centers around this game and despite the loss, Snyder believes his team will be able to put it behind them and shift their focus to Houston Academy.

“I think our guys do a really good job at understanding that it’s one game at a time,” Snyder said. “We would love to be celebrating a win after last week, but we didn’t. That’s in the past. You can’t dwell on it, but you can learn from it.”

Being able to learn from it is one of the few positives that came off the loss last Friday.

“Our biggest test will be Friday night when we play Houston Academy,” Snyder said. “We have them at their place and it’s their homecoming. Like I told the guys, you don’t schedule a team for homecoming that you feel like you can’t beat.”

“They run multiple sets,” Snyder said. “We are going to have to be disciplined defensively… We will have to adjust to what they run. We have seen everything, so we should be fine with that.”

It will be a non-region game for the Eagles on Friday night. They spent the last three weeks going up against region opponents.

“We feel like we put a schedule together to where each week we have a good opponent,” Snyder said. “This week is no different. Coach (Jim) Addison and his group do a good job.”

The Eagles defeated the Raiders last season 20-6. Kickoff is scheduled for 7 p.m.