Moving on: After loss to Monroe Patriots ready for Autauga Academy 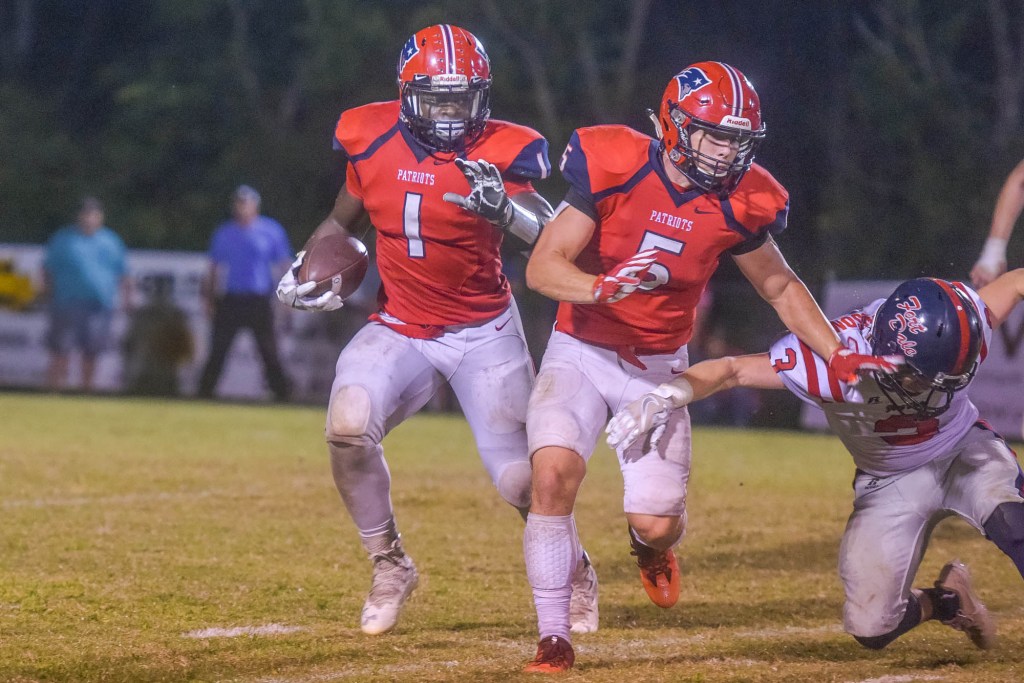 The Pike Patriots fell for the first time last week against Monroe Academy. This week the Patriots head to Prattville to take on the top ranked Autauga Academy Generals.

Last Friday night, the Pike Patriots were handed their first loss of the season at the hands of the third-ranked Monroe Volunteers. The task gets tougher Friday when they visit the top-ranked Autauga Academy Generals.

The Patriots (4-1, 1-1) returned to the practice field this week eager to put last Friday’s game behind them.

“It has been a good week of practice,” said head coach Gene Allen. “Monday we tried to work on some fundamentals that we screwed up last Friday night.”

Monroe outgained the Patriots 468 to 186. The Patriots came in looking intimidated according to Allen and that helped contribute to the slow start.

“We didn’t come out and play good,” Allen said. “Honestly, we had a few that were intimidated by Monroe. We made some fundamental mistakes. We didn’t feel like offensively that our backs blocked well and our lines didn’t have one of their better nights either. Monroe came out and dominated us up front.”

The Patriots went into the locker room at halftime down 33-0, but after a few adjustments, Allen thought they played better in the second half.

“I felt like we came out and played a lot better in the second half,” Allen said. “We just dug ourselves into too big of a hole at halftime.”

The task doesn’t get any easier this week when the Patriots travel to take on the top-ranked team in the state. Allen hopes the game with Monroe will help prepare his team for their tough task against the Generals.

“We know it’s a good football team,” Allen said. “We know that we have to come out and get ready to play. We played Autauga last year, so hopefully the mentality of our kids will be that if we come out and do what we are supposed to do and play like we are capable, then we have a chance.”

Autauga’s athletic ability has been their claim to fame over the last few years and that hasn’t changed this year. The Generals have once again started the year undefeated. They haven’t tasted defeat since October 16, 2015.

“They have some kids in and they have a really good football team,” Allen said. “It’s a good challenge for us. I hope they are up to playing good teams. It’s fun to go out and play the better teams to see where you stand and to compete.”

The Patriots hung with the Generals a season ago, but ultimately fell 43-36.

The Patriots are in the meat of their schedule. After navigating their way through Fort Dale and Monroe with a 1-1 record, the Patriots hope they can finish the road trip and get back into region play on a high note.

“I just want to see us be physical and play fundamental football,” Allen said. “We have go out and match physicality with the teams we got. They are physical football teams and we have to match them.”

The Patriots will take on Glenwood next week before jumping back into region play the week after against Northside Methodist.

Kickoff between the Patriots and the Generals is scheduled for 7 p.m. at Generals Field in Prattville.