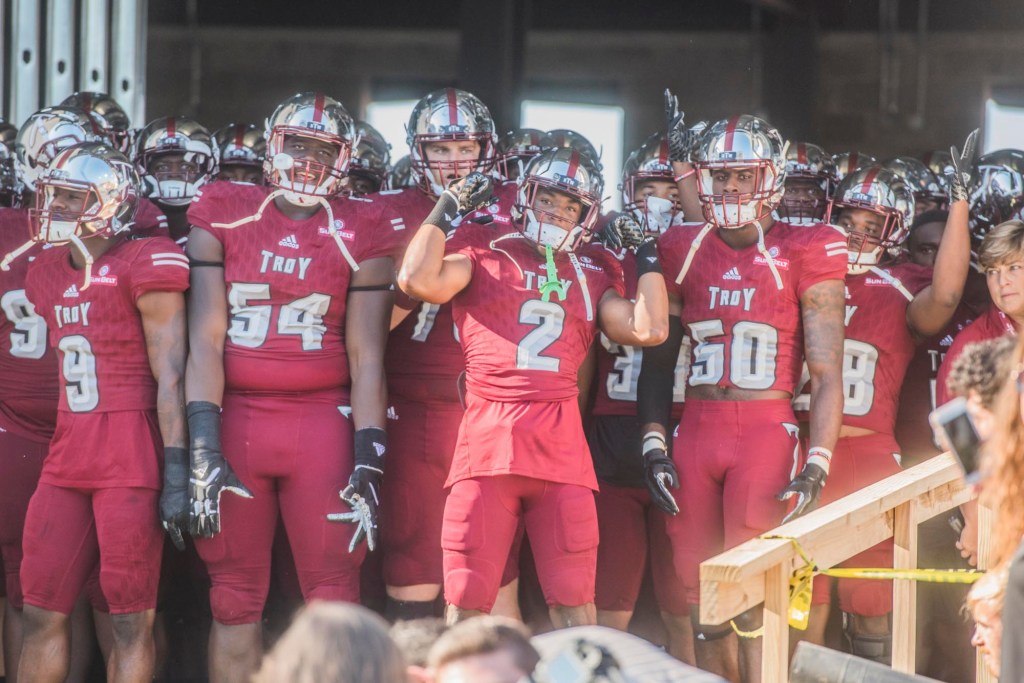 There will be a joyous atmosphere at Veterans Memorial Stadium on Saturday afternoon when the Troy Trojans take on the visiting Akron Zips.

At Troy’s second home game of the season, the Trojan faithful will also be able to take part in the Military Appreciation event.

The University has designated one home football game each season to honor current and former members of the Armed Forces.

“Freedom is not free, and Troy University is proud to have served the men and women of the United States military who keep us free for more than 60 years,” said Dr. Jack Hawkins Jr., Chancellor. “We have graduated thousands of military men and women and have thousands of current students or alumni serving our country and going into harm’s way. We are proud of their service and pleased to be able to honor them and celebrate their service in this way.”

The Troy football team has many players that have family members that are either serving or have served in the military and they are excited to host a special event in front of the Trojan faithful.

“It’s a game that our fans and our players look forward to,” said Troy head coach Neal Brown. “We’ve got a lot of guys who have family members that serve in the military. We’re excited about hosting our service people.”

Members of the military will get in free with ID on Saturday.

Once inside, fans will be treated to numerous activities to honor the military. Prior to kickoff there will be an enlistment ceremony on the field under the direction of Major General Sheryl Gordon.

The Sound of the South Marching Band will play the National Anthem as well as “America the Beautiful” while a 100-yard American Flag stretches across the field. There will also be a flyover by two F-16 fighter jets from the 187th Fighter Wing of the Alabama Air National Guard.

After kickoff, each branch of the military will be honored between the first and second quarters when the Sound of the South performs the introduction of the service song of each branch. Members and Veterans will be invited to stand and be honored during their service song.

The football team will take part in the College Football Playoff initiative Extra Yard for Teachers.

“We did this last year, and I come from a family of educators, so this is something that is really close to my heart,” Brown said. “We’re going to do some promotions and recognitions in-game to honor the service that our teachers do.”