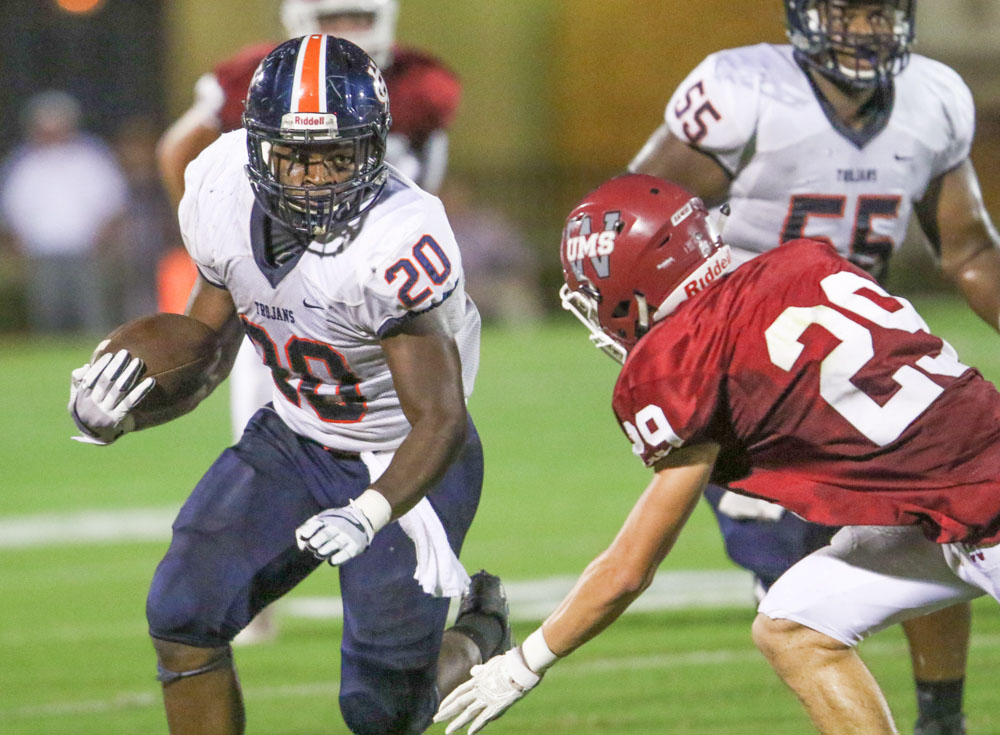 After starting the season with an 0-2 record for the second consecutive season, the Charles Henderson Trojans look to pick up win number one this evening when they travel to take on the Greenville Tigers.

The Charles Henderson Trojans find themselves in familiar territory as they get set to visit the Greenville Tigers on Friday night.

The Trojans (0-2, 0-1) are ready to move forward and pick up their first win on Friday night.

“We got back on the field on Tuesday and I thought we got a lot of corrections made from this Friday night,” said Trojans head coach Brad McCoy. “We are ready to move forward.”

It was a game of missed opportunities in their loss to Carroll last Friday night. The Trojans were in the red zone and even inside the five twice but lacked the finishing punch.

“It was a poor offensive performance,” McCoy said. “We had some offensive chances to put points on the board and we just couldn’t get it done. I think it was a poor executed game plan and it all starts with me.”

McCoy and the Trojans are eager to clean up those shortcomings heading into Friday.

“I don’t know if there is really quick fix,” McCoy said. “When you look back at the video that’s where you start. You make the corrections. We just have to keep our heads up. We have to keep working on the little details in practice.”

The Trojans have now started 0-2 in back-to-back seasons. Last year after losing to the same opponents in UMS-Wright and Carroll, the Trojans finished the regular season winning seven of their final eight games.

“We reminded our guys of that,” McCoy said. “I think you can take things from that but it’s a different football team. There are different things going on. The kids have to understand that we have practice in a way that prepares us to win.”

The Trojans have put themselves into position to win, but like being in the red zone they have lacked the big blow that gets them over the top. Over the first two weeks the Trojans have lost by a combined eight points.

“It’s execution,” McCoy said. “Our defense is playing lights out. I hate it for those guys on that side of the ball. It comes down to making those big plays in clutch situations.”

This week the Trojans take on a Greenville Tiger team that comes into Friday with a 1-0 record.

“They really thrive on big plays,” McCoy said. “They always bring a lot of energy to the game. They did last year in our 36-26 win. Our boys played really hard to fight and win that game.”

The Tigers scored 34 points in their win over Beauregard in week one.

“We are going to be facing a really talented team,” McCoy said. “Greenville has a really good quarterback, a host of good receivers and their offensive line is good.”

Kick off between the Tigers and the Trojans is scheduled for 7 p.m. Friday night at Tiger Stadium in Greenville.