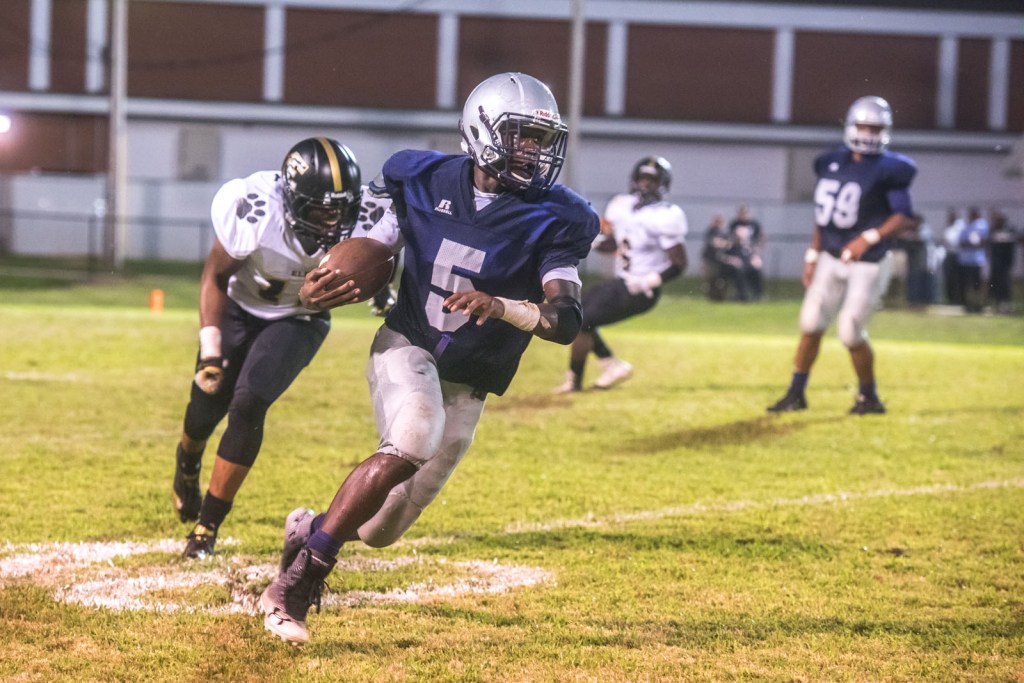 Like most teams in the area, the Bulldogs have had to juggle poor weather at the beginning of the week. After getting back on the field on Tuesday, head coach Fred Holland feels like his team is ready to go 3-0.

“We worked a little bit (on Tuesday),” Holland said. “I was glad to be able to do that. I really didn’t want to have two days off, but getting out and doing a little something meant a lot to us.”

The Bulldogs made quick work out of B.B. Comer in last week’s region opener when they defeated the Tigers 42-0.

“We learned from the mistakes that we made before,” Holland said. “We started kind of slow. As the game went along we played better and better. The guys did some great things in the game and it showed at the end.”

The defense stole the show for Pike County when they held the Tigers to just 84 yards.

“We recognized what they were trying to do,” Holland said. “We just worked very hard at trying to stop them. I think the things we are doing on defense are coming around. We still have a lot of work to do.”

This week the Bulldogs go up against an Eagle team that lost just once in region play last year. That loss came against the Bulldogs 21-14. This season the Eagles have gotten off to a 2-1 start and they are 1-0 in the region.

“They are a very smart football team,” Holland said. “They do a lot of things well. They don’t get out of what they do. They will spread you out and run the ball. They work hard in all aspects of the game.

“It was a very tough game last year. We look forward to it being a really tough game when they get here.”

Pike has won six of the seven meetings between the two teams. Kick off is set for 7 p.m.