Unfinished business: Trojans open up conference play against the Aggies 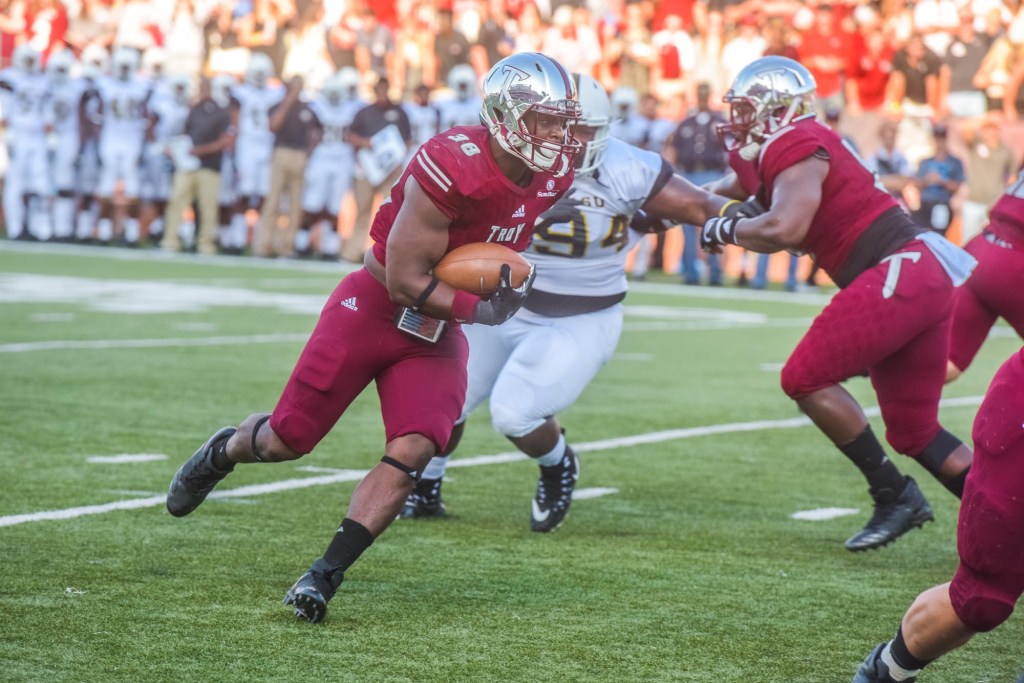 The Troy Trojans hit the road this Saturday to take on New Mexico State.

The Trojans accomplished everything but winning a conference championship last season. They will take their first step towards that goal this week when they travel to take on New Mexico State in their Sun Belt Conference opener on Saturday.

The Trojans finished 10-3 last season, giving them their first 10-win season in the program’s Division-I history. They also became the conference’s first team to be ranked in the Associated Press Top-25 Poll. Even after winning their first bowl game since 2010, they still came up short of accomplishing their main goal of the season: winning a championship.

“We talked about how successful we were a year ago, but the one thing we didn’t do is when a conference championship,” said Troy head coach Neal Brown. “This is the first opportunity for us to play a conference football game since the game at Georgia Southern last December and I think our guys are excited about it.”

The Trojans had their opportunities a year ago to claim at least a share of the conference crown. After beating Texas State the week prior, the Trojans headed to Statesboro to take on Georgia Southern in hopes of earning a share of the title. The Trojans fell to the Eagles 28-24. The Trojans have had a sour taste in their mouth since that game, but Brown hopes they will use that as motivation heading into Saturday.

“We have some Georgia Southern clips from when we had a chance to clinch a piece of the conference championship and didn’t get it done,” Brown said. “Those are some of things that we continue to show our team because it’s important they understand how close we were and yet how far away we were also.”

The Sun Belt Conference enters week three of the season with a 6-13 overall record. The Sun Belt conference had one of their more successful seasons in recent memory last year and Brown believes it is a more balanced league in 2017.

“I think it’s really balanced,” Brown said. “You never really know until you get into your conference because teams are so much more familiar than the teams out of conference. Most teams like us spend most of our offseason time breaking down our conference opponents.

“Appalachian State, coming off a conference championship, is going to be one of the top teams. I think our conference continues to get better. Any time you have good coaching, which our league does, then I think you have the opportunity to have good football teams.”

This week, the Trojans match up with a much-improved New Mexico State team that is coming off a win over New Mexico.

After splitting their first two games of the season, the Trojans are ready for conference play.

“The first two games were out of conference and they meant a lot, but they don’t mean as much as the in-conference ones do,” said Troy quarterback Brandon Silvers. “Every game is a must-win game for us in the conference if we want to compete for a Sun Belt Conference championship.”

Jalen Harris hopes the team can get off to a fast start and get the conference schedule started on a high note.

“It’s very important that we get off to a 1-0 start,” Harris said. “It would build our confidence and set us up to be conference champions, which is where we want to be.”

The game will kick off at 7 p.m. Saturday in Las Cruces, New Mexico.