Patriots hit the road to take on Monroe Academy 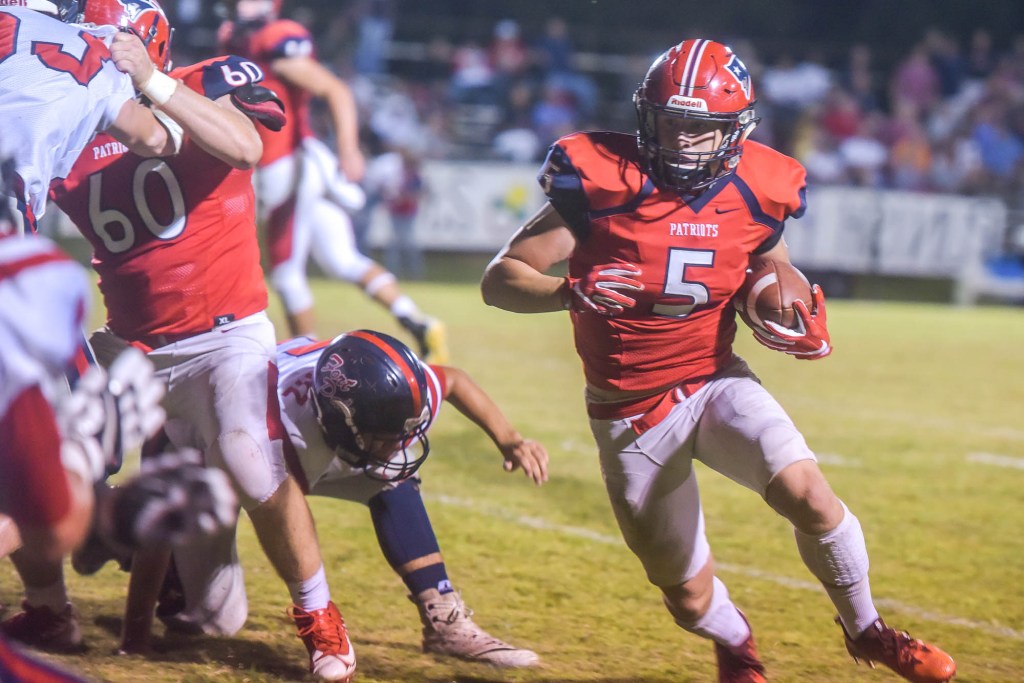 The undefeated Pike Liberal Arts Patriots will face their stiffest challenge to date Friday night when they travel to take on Monroe Academy.

Despite the threat of Tropical Storm Irma, the Patriots (4-0) were able to get together as a team on Sunday before returning to the field on Tuesday to prepare for a dangerous Volunteer team.

The Patriots were itching to return to the field after they picked up their second consecutive with the defeat of region rival Fort Dale last week.

“We didn’t play very well in the first half and we could have gone in and pointed fingers, but we made a few adjustments and the kids took the adjustments pretty well,” Brown said. “We came and played well in the second half.”

Allen believes his players now realize that, even if they fall behind, they are talented enough to storm their way back.

In the last two weeks, the Patriots have found themselves in a dogfight. Two weeks ago, the Patriots defeated Abbeville Christian in overtime and had to hold off a surging Eagle team in the final minute last week.

Winning has started to breed confidence inside the Patriot locker room.

“Anytime you win, it’s good,” Allen said. “It’s always fun to go out there and beat someone badly, but at the same time we knew Fort Dale was a quality opponent and they were going to fight to the very end. Our kids were excited about it.”

The win put the Patriots up 1-0 in the region. This week, the Patriots return to region play to take on a Volunteer team that they have lost to in their last six meetings by an average of 33 points.

The Patriots hope the confidence they have built up in the early going will carry over into Friday.

“It’s always tough when you have to go into Monroe to play,” Allen said. “It’s a big challenge; at the same time, we felt like we blew an opportunity last year. We turned the ball over on downs at the goal line that would have tied it up. We felt like we had some opportunities. We feel like we can play with them we just have to come out and not make mistakes.”

Like the Patriots, the Volunteers are 4-0 to begin the season and they are also 1-0 in region play. Over their first four games, Monroe is averaging 38 points.

“They are predominantly spread,” Allen said. “They have the twins that are very good athletes. They are tough and they are competitors. They get in the I some when they get close to the goal line. We have to be prepared for all of it.”

Kick off is set for 7 p.m. on Friday from Volunteer Stadium in Monroeville.