Rebels still fighting despite 0-2 start to the season 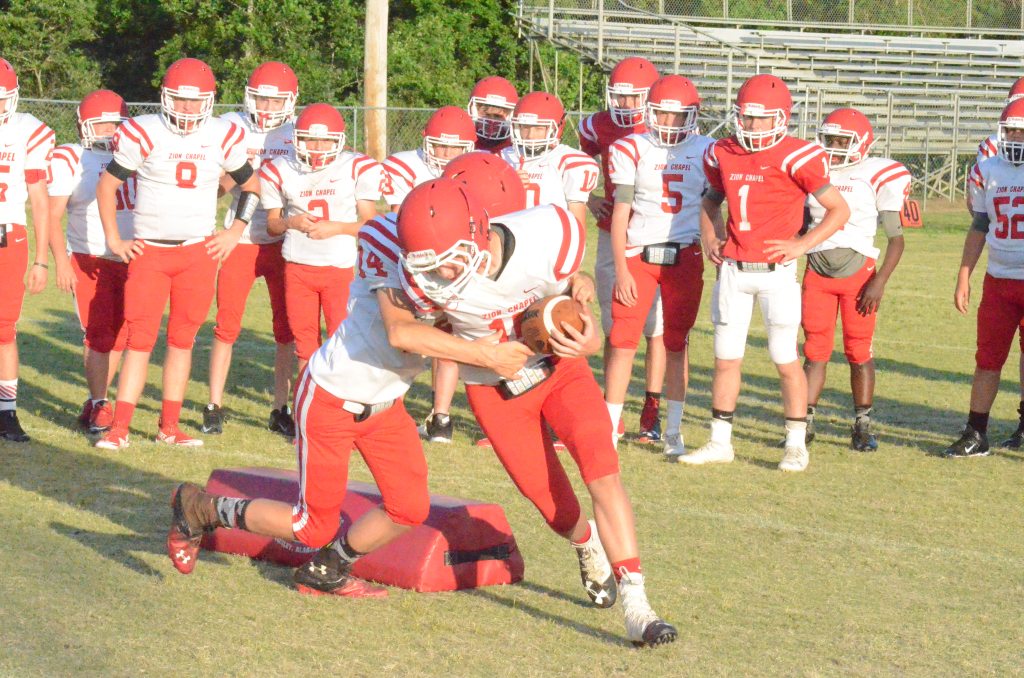 The Zion Chapel Rebels hit the road in search of their first win when they visit region foe New Brockton on Friday night.

The Rebels are two games into their 2017 season and even after an 0-2 start head coach Randy Bryant is seeing a lot of improvement out of his squad.

Last Friday the Rebels trailed Central Hayneville 6-0 going into halftime and after falling behind 34-6 in half number two they kept coming back.

“We didn’t quit,” Bryant said. “The first thing we look for is when adversity hits what are you going to do.”

The Rebels came back and scored two touchdowns to get it back to 34-20 before Central scored late in the fourth quarter to pull away.

“We didn’t play very well,” Bryant said. “We still have a long way to go. Trying to get these kids to understand how to do the right things and win. We are going to continue to fight.”

Even though they didn’t play up to Bryant’s standards the fight was very evident.

“It looked like our kids had more fun in the second half,” Bryant said. “I was pleased with that. Defensively Hunter Sheets stood out on film for having tremendous effort. We were exited to see that.”

After battling the elements on Monday thanks to Hurricane Irma, the Rebels returned to the practice field on Tuesday with a familiar agenda.

“Nothing changes for us week to week,” Bryant said. “We are going to do the things that we know wins football games. We are going to continue to try to get better fundamentally. Eventually the switch is going to flip. We just keep waiting on that day.”

This week the Rebels hit the road to take on perennial power New Brockton on Friday night. The Gamecocks are off an uncharacteristically poor start through their first two games. They are 0-2 after falling to Georgiana 41-6 and Elba 32-21.

“New Brockton is a great team,” Bryant said. “Their quarterback has had a concussion the last two weeks and hasn’t been able to play. I fully anticipate him coming back and them being at full strength. It will be a great game. They are usually at the top of our region so that is a really big test for our program.”

After putting up just six points in their season opener, New Brockton answered with a 21-point performance in their loss to Elba in the region opener.

Bryant expects the Gamecocks to be in a spread formation if their starting quarterback is healthy.

The defensive side of the ball has been a struggle for the Gamecocks in the first two weeks after allowing a total of 53 points. They will line up in a 3-3 defensively and Bryant expects a healthy amount of blitzing.

The Rebels are 10-32 all time against the Gamecocks after falling to New Brockton last year 41-0.

Kick off is scheduled for 7 p.m.