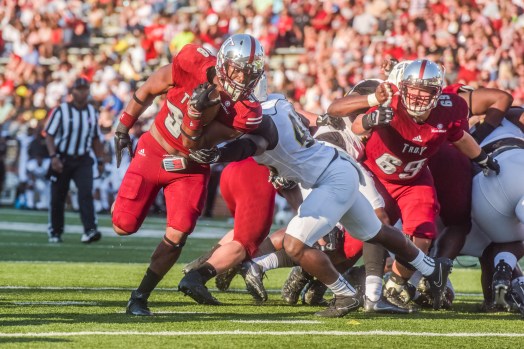 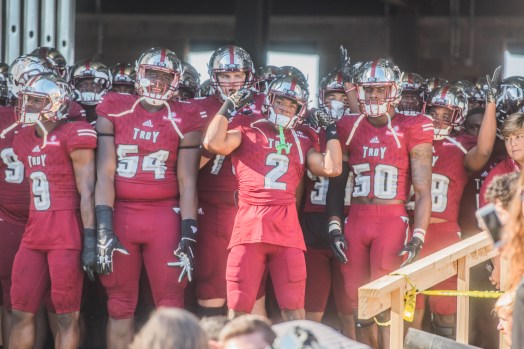 photo/Jonah Enfinger John Johnson (2) and the Trojans get set to run out of the tunnel on Saturday. 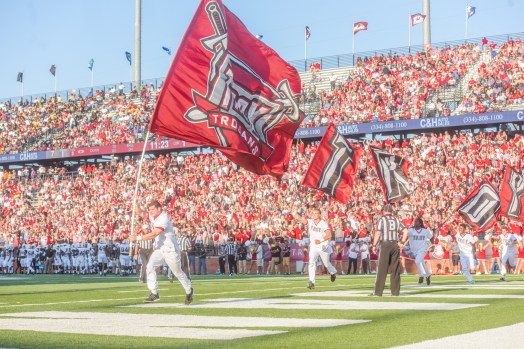 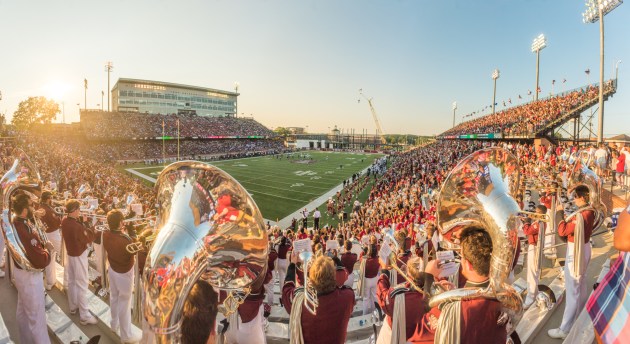 Photo/Jonah Enfinger There was a record crowd on Saturday to witness Troy knock off Alabama State. 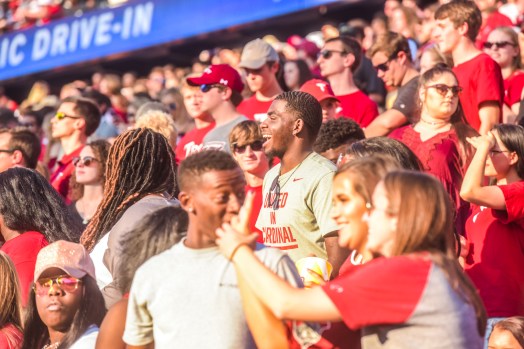 photo by Jonah Enfinger Troy students have fun in the stands on Saturday. 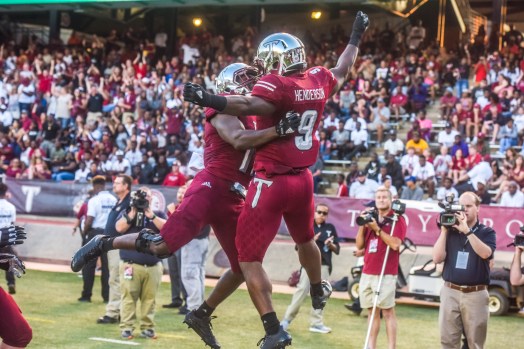 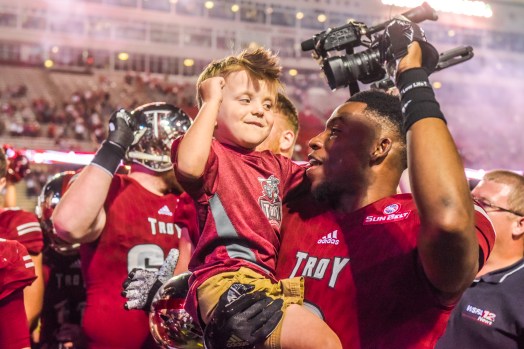 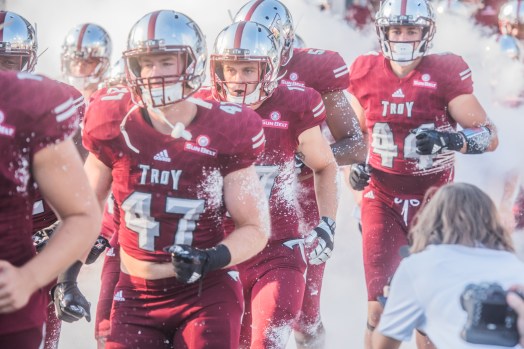 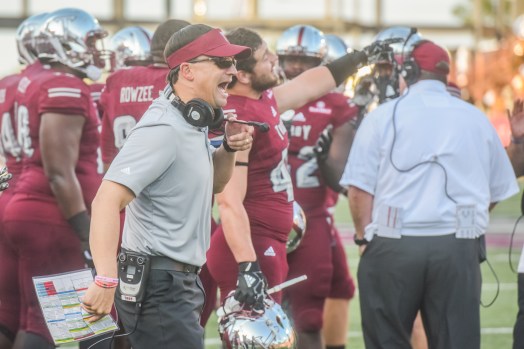 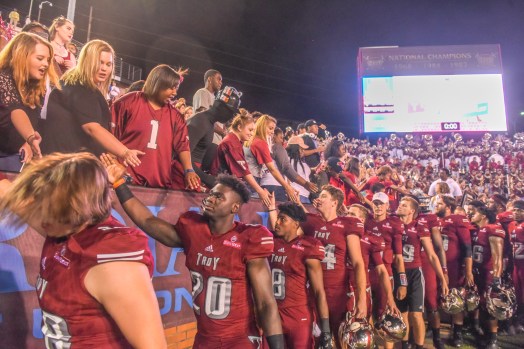 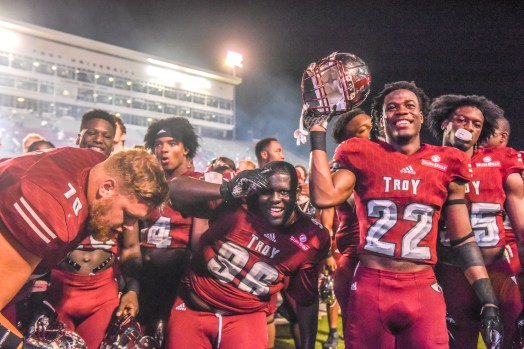 The Troy Trojans bounced back from their week one loss by defeating Alabama Sate 34-7 Saturday night in front of a record-setting crowd of 29,278.

The win for the Trojans improves their record on the season to 1-1.

“Great crowd here at Veterans Memorial Stadium,” said Troy head coach Neal Brown. “Set an attendance record tonight. That’s a testament to our fans. They continue to answer…We can do that every night. We have five more opportunities.

On the field it wasn’t always pretty, but the Trojans pulled a comfortable win.

“Tonight was a win. It wasn’t always pretty,” Brown said. “I thought we dominated the game in all three phases; the score didn’t always show that.”

The Trojans finished with 605 yards of total offense including 354 through the air.

“We dominated the game; we just shot ourselves in the foot especially in the first half,” Brown said.
Silvers like the Trojans offense, bounced back from their lackluster performance last week.

The defense carried over their strong performance from last week by holding the Hornets to 165 yards.

“We continued to play with a lot of passion and energy,” Brown said. “We shut them out defensively. We continue to grow.”

The Trojans started early and scored on their opening possession of the game. Silvers completed all four of his passes during the drive and Jordan Chunn finished the drive with career touchdown number 38 to Put Troy up 7-0.

Silvers committed his lone mistake on Troy’s next drive when Ronnie Scott picked off his pass and took it 80 yards for a Hornets touchdown.

The Trojans scored on their first possession of the second quarter. Tevaris McCormick hauled in a 53-yard reception to set Chunn up for his second touchdown of the game this time from 15 yards out. The Trojans elected to try for two, but failed when John Johnson slipped to keep Troy’s lead at 13-0.

Silvers had another perfect drive in the Trojans final scoring drive of the first half. He went 6-6 for 80 yards and Jamarius Henderson scored his first touchdown as a Trojan to give Troy a 20-7 lead heading into halftime.

The Trojans extended their lead out to 20 points after Marcus Jones returned a punt 47 yards to set Troy up at the Hornet 19. Chunn finished off the drive by scoring his third touchdown of the game. It was the second time in his career that he scored three in a game and second in his last three games.

Chunn wasn’t the only one to have more than one touchdown. Henderson scored from 36 yards out to bring the score to 34-7.

Silvers finished the game completing 32 of his 40 passes for 345 yards. Chunn finished his night rushing for 61 yards on 13 carries, while Henderson led the way with 107 yards on just eight carries.

The Trojans will be back in action next Saturday when the travel to Las Cruces to take on New Mexico State in the conference opener.