Rebels sticking to the plan despite opening week loss 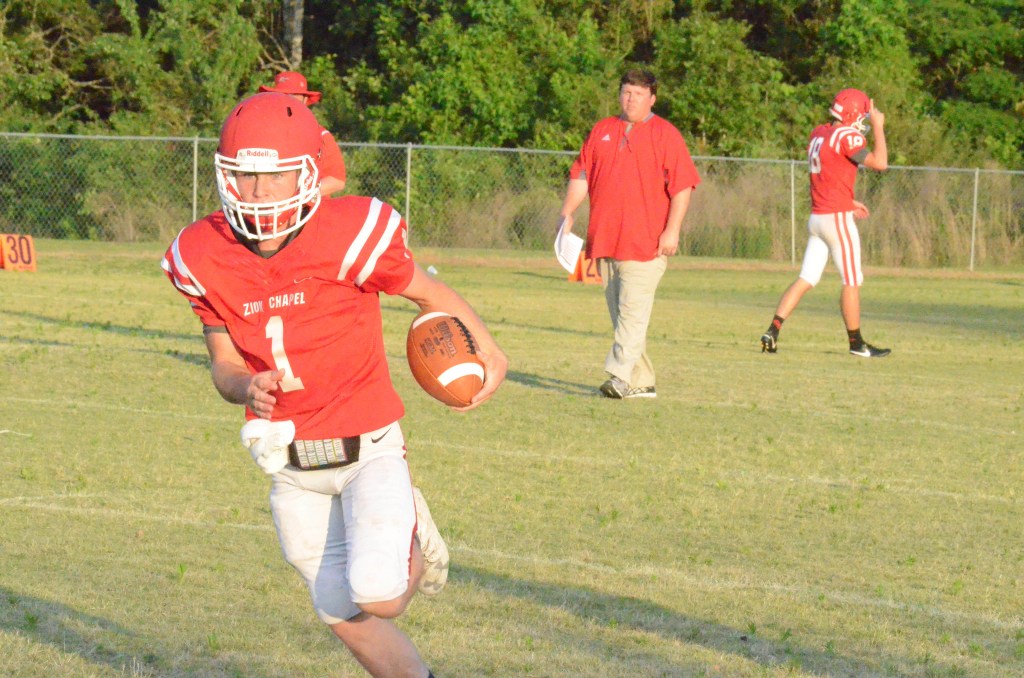 Messenger Photo/Mike Hensley The Zion Chapel Rebels fell to Houston County 44-0 on Friday night, but despite the loss the Rebels are sticking to the process at practice.

Despite falling 44-0 to Houston County last Friday night, the goal remains the same for coach Randy Bryant and the Zion chapel Rebels.

Bryant entering his first year had a goal of changing a culture and bringing back winning football to the community of Jack. It hit a speed bump on Friday.

“I was not pleased with our performance,” Bryant said. “I thought we played very poorly and we did not show what kind of team we are capable of having.”

Changing the culture is at the forefront of what Bryant wants to do at Zion Chapel. The Rebels have won a total of seven games in the past three games and job one for Bryant is having his players believe they can win.

“We are changing the culture of the program,” Bryant said. “For a long time there seems to be a lack of belief and that Zion Chapel can’t compete with others. That’s what happened Friday night. I don’ t think our kids believed that they could play with Houston County. We are going to continue to work on that and continue to improve at practice.

“The culture around Zion Chapel had been if we get down by two touch downs it’s over, we’re out of it. We have to learn to better handle adversity. Things are not always going to start the way you want them to.”

Building a culture takes more than one week and it usually takes more that one season. It’s a process that Bryant and the Rebels are going to continue.

“You have to stick to the process,” Bryant said. “Are we willing to do that? As coaches yes. The players have to buy into that as well.”

On the field the Rebels are going to stick to what they have been working on since Bryant took over in the spring.

“Things that win football games really don’t change,” Bryant said. “We are going to stay the course. When you are doing the right things it just takes take time. I thought we had some kids that competed hard and did not give up on us. We are going to continue to work the plan and trust the process. Let it all work its way out.”

The next step in the process takes Zion Chapel to Central Hayneville for their first regional game.

“They are a very athletic team,” Bryant said. “They are going to be better coached this year. We are going to continue to focus on the doing the little things the right way. I think you have a chance to in every game you play. It’s what you do with that chance.”

Kickoff between the Rebels and the Lions is scheduled for 7 p.m.