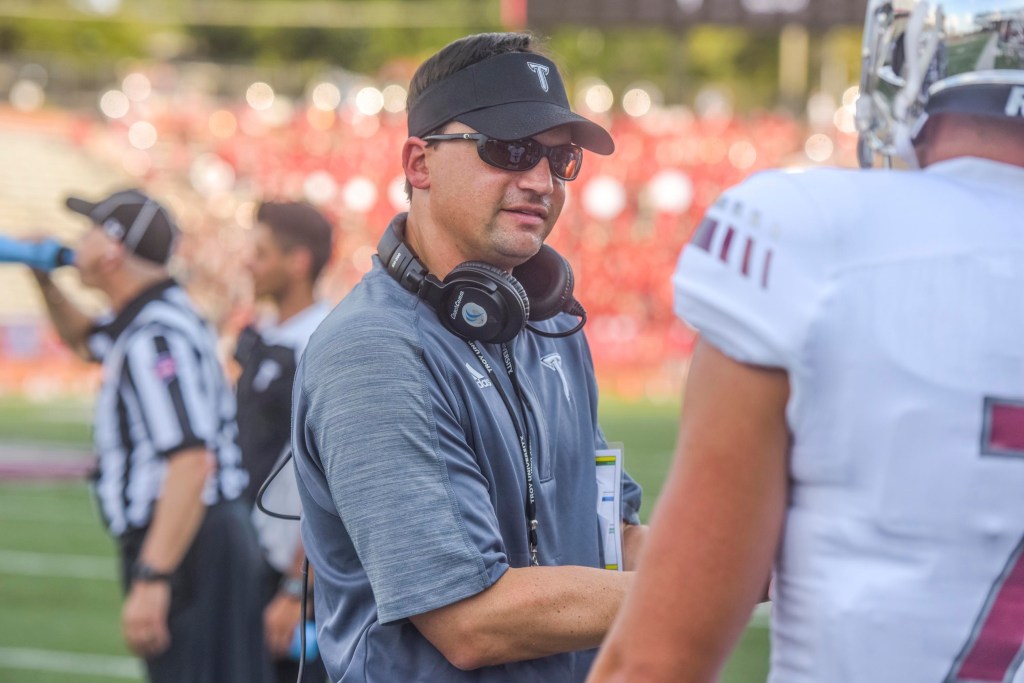 The Troy Trojans face a stiff challenge in their season-opening matchup with perennial power Boise State on Saturday afternoon.

After a long summer, the Trojans are ready to turn the page on last season and look forward to what they hope is a successful 2017 season.

“It’s finally game week,” said Troy head coach Neal Brown. “Coaches and players are ready to compete and see where we are at. This is a huge opportunity and a great challenge at Boise State.”

The Broncos have averaged 10 wins over the last six seasons and finished 2016 with a 10-3 record and a made a trip to the Cactus Bowl.

“They’re a tremendous program with a lot of tradition,” Brown said. “We have a lot of respect not only for their program, but for Bryan Harsin and his staff and what Bryan’s done as the head coach at Arkansas State, offensive coordinator at Texas and now at Boise.”

Quarterback Brett Rypien, a member of the All-Mountain West team two consecutive seasons, leads the Boise offense. Like Troy quarterback Brandon Silvers, Rypien has started for the Broncos since he was a freshman.

The Broncos will feature a new running back this year in Alexander Mattison. The sophomore rushed for 328 yards with four touchdowns in 2016.

“They create a lot of difficulties because they’re very well coached,” Brown said. “They have multiple formations with tight ends and a good bit of shifting and motioning, which is what we have to be prepared for. They have run the ball as well as anybody in the country over the last 10 years and do a great job of getting one-on-one opportunities in the play-action passing game.”

Troy running back Jordan Chunn rushed for over 1,000 yards last season. He will be going up against a unit Saturday that allowed over 170 rushing yards per game a season ago.

The Broncos allowed just 390 yards of total offense per game a season ago.

“Defensively, they’ve been successful for a long time,” Brown said. “I think any time you win at the level they’ve won, it’s always due to playing championship-level defense. They stop the run and do a great job in their recruiting process of going out and choosing long defenders.”

“I think we have a good plan going in,” Edenfield said. “I’m sure they’ve worked against what we’ve done. I’m excited because these are two teams who have played a lot and both had good years last year. Now let’s see where we are. That’s all gone.”

The Trojans will conclude the home-and-home series next season when they host the Broncos to kick off the 2018 season, and Brown thinks these two games will be a measuring stick for his team.

“It’s been a long time since we left the field lifting up that trophy in Mobile on December 23,” Brown said. “This is game one of a long season and it’s an opportunity for us to find out where we’re at as a program. It’s not going to make us if we win the game, it’s not going to break us if we lose it. But it is a really good measuring stick of where we’re at.”