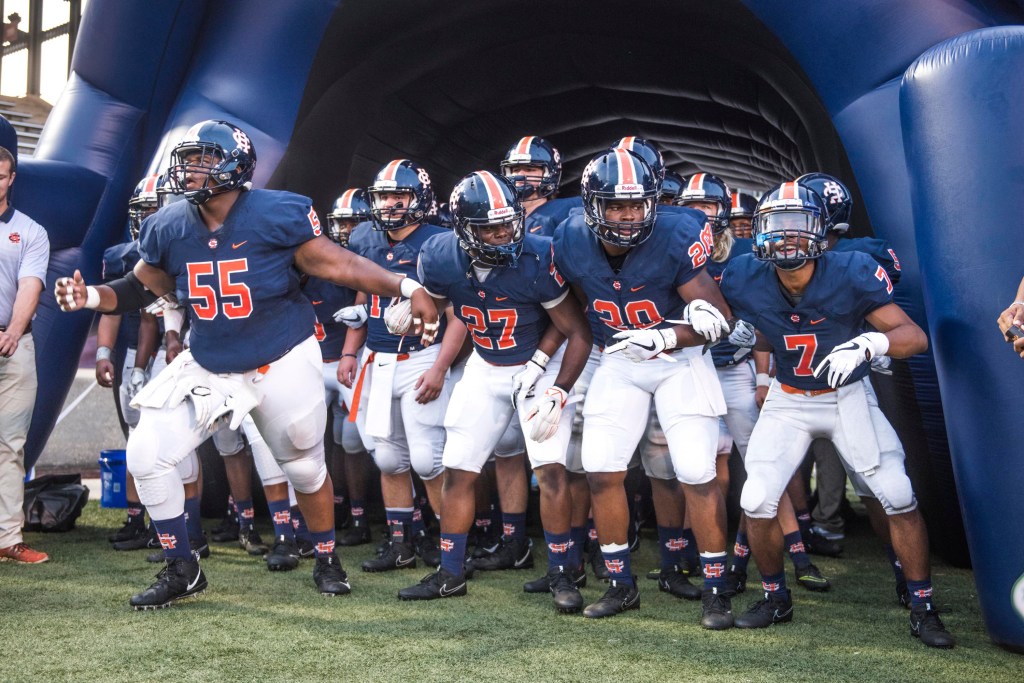 Messenger photo/Jonah Enfinger After knocking off Pike County a week ago in thier annual jamboree, the Charles Henderson Trojans officially kick off the 2017 season this evening on the road against UMS-Wright.

The Charles Henderson Trojans kick off the regular season tonight in Mobile against the UMS-Wright Bulldogs.

The Trojans have battled the elements during practice this week, and with wet weather forecasted for this evening, the Trojans feel they are ready to go.

“I think it’s going to be a pretty good football game,” said Trojans head coach Brad McCoy. “UMS is certainly a talented football team like they were last year. We are going to have to deal with the weather and overcome the elements, but we have had a good week balancing out some of the rain and lightning issues.”

“The offense executed at a high level and scored 40-plus points,” McCoy said. “There were a lot more positives than there were negatives. I thought we took care of the football until the very end. I thought we tackled well. The defense really ran to the football.”

This week the Trojans take on a Bulldog team that is coming off a 35-6 win over Mary Montgomery a week ago in their season opener. Last season, the Bulldogs finished the year 9-3 and advanced to the second round of the Class 4A playoffs.

The Trojans fell to the Bulldogs 32-31 last season at Veterans Memorial Stadium.

“If we can make fewer mistakes against UMS, then I think we have a shot.”

McCoy believes it will be a back-and-forth contest and that both teams will get their fair share of points. With the forecast calling for poor weather, the Trojans will look to establish the run early with Jared Wilson.

“That is important to us every week,” McCoy said. “(I think it’s important) in a game like this with the weather being an issue. They are going to have the same issues on offense that we do. They run the ball a lot like we try to do. I think the team that can hold on to the ball and keep their defense off the field will have a better shot.”

McCoy went on say that time of possession will be important, but what he is really looking for are quality possessions.

The team that can handle the wet conditions will also have the advantage.

“That’s going to be the key,” McCoy said. “Who can execute when the ball is wet– whether it’s kicking a field goal or punching the ball in the end zone.”

The Trojans are looking for the Bulldogs to line up in different formations offensively, making lining up correctly a necessity.

Kickoff is set for 7 p.m. and the Trojans hope to make a statement in Mobile.

“A win can certainly move you forward with a mindset that we have the ability to be successful,” McCoy said. “A loss can make you doubt some of your abilities. We have to take it in stride. Every game can help you or hold you back depending on what the outcome is.”