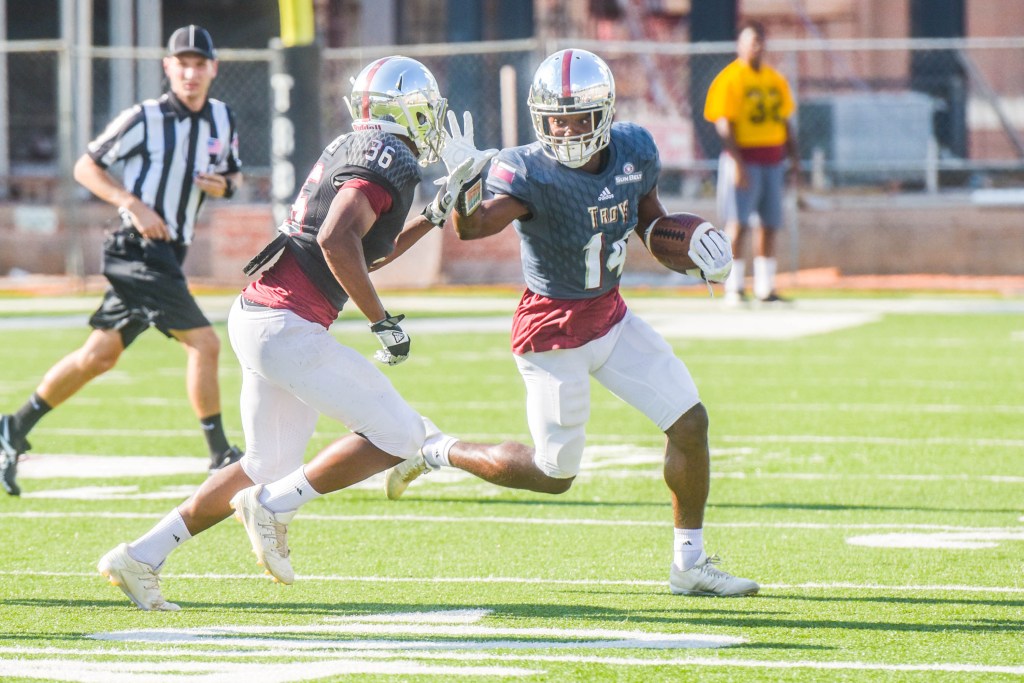 After a long summer full of practice, the Troy Trojans officially kicked off game week on Monday. The Trojans will kick off their season on Saturday on the road against Boise State.

Fall camp has come to a close and the Troy Trojans have officially entered game week to prepare for their season opener against Boise State.

After a summer full of excitement and expectations, the Trojans now have a chance to prove last year was no fluke, beginning with a chance to knock off one the Group of Five’s more dominant programs.

“It’s finally game week,” said head coach Neal Brown. “I think we’ve had 22 practices and it’s finally here. I think we had a successful fall camp with very minimal injuries, so knock on wood that will continue this week.”

Along with the 22 practices, the Trojans have played in two team scrimmages in the last few weeks.

“Coaches and players are ready to compete and see where we are,” Brown said. “Honestly, I don’t know where we’re at, and I don’t believe much of anybody does until after you play that first game. After that first game, you’ll know where you are moving forward. I’m excited about the opportunity and the great challenge at Boise State.”

The Trojans are setting out this season to prove that they are not a one-hit wonder. They model themselves after Boise; to do that, they need to be consistent.

“Program-wise, it’s about being consistent,” Brown said. “We’re trying to build a program here, we don’t want to be a one-hit wonder. We don’t want to have one good 10-win season then fall back in the pack. We have to have a motto of consistency to do that. That’s what is so impressive about Boise, because that’s what they’ve done.”

Troy will play Boise State in Idaho to kick off the season next week, giving Brown and the coaching staff a chance to see where they are as a program.

“This game has a lot of national attention and rightfully so,” Brown said. “Both of these teams won 10 games last year and Boise has been at the top of the Group of Five. That’s where we’d like to take this program. I look at it as a two-game series that’s going to tell us where we’re at.”

The Trojans will have their first crack at the Broncos beginning at 2:45 p.m. Saturday afternoon.