Trojans kick off the season against rival Bulldogs 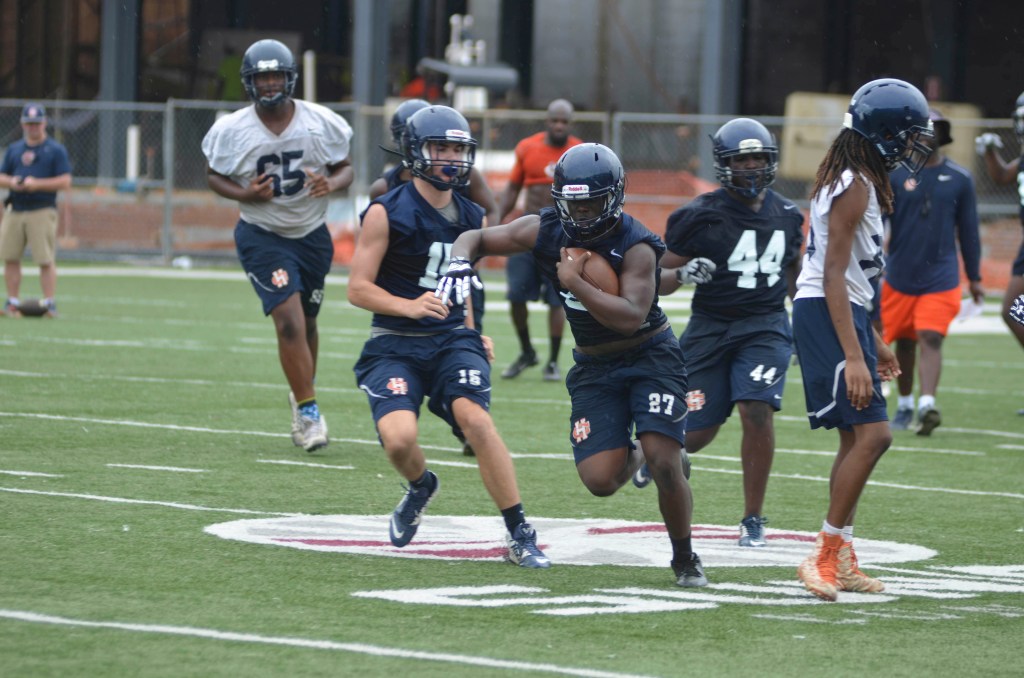 Messenger Photo/Mike Hensley The Charles Henderson Trojans kick off the 2017 season this evening when they take on rival Pike County at Veterans Memorial Stadium.

The Charles Henderson Trojans renew their rivalry with Pike County this evening in the Pike County Classic at Veterans Memorial Stadium.

The game won’t help or hinder your chances of making the post season, it won’t even count in the record books, but to the players and coaches and players of Charles Henderson it’s just as important as the ones that do.

“You can’t tell our kids that it doesn’t count,” said Trojans head coach Brad McCoy. “I’m sure you couldn’t tell the guys in Brundidge that either.”

Both schools are about 12 miles from one another and most of the players on both teams are very familiar with their opponents.

“It’s a fun game,” McCoy said. “These kids have played ball together throughout the years and they all know each other. It’s sort of a backyard brawl. I think the one thing that me and coach Holland want to get out of this game is injury free. You want to make sure you don’t get anybody banged up before the real season starts.”

The Trojans played two quarterbacks for much of last season. Noah Lowery got the start at the beginning of the season and DQ Toney started mainly in the second half.

The Trojans entered the summer with a good old fashioned quarterback battle between Lowery and Toney and having a strong competition it was Lowery that earned the right to start game one against the rival Bulldogs.

“Noah is the starter,” McCoy said. “He has won that job back. He went in and had a good spring when he was doubling up playing baseball and he had a consistent summer.”

Just because Tony won’t see time at quarterback early on, McCoy still expects him to be a weapon on offense.

“I just think that DQ Toney gives us an advantage at wide receiver so that’s how it worked out,” McCoy said.

In last years game the Trojans picked up a 35-14 win over the Bulldogs. Lowery completed nine of his 11 passes for 182 yards and two touchdowns while running back Jared Wilson rushed for 87 yards and a touchdown.

Even the Trojans want to come out on top the game in the end is an exhibition and McCoy wants to see his team take the necessary next step before they open up the season against UMS-Wright on September 1.

“From last week to this week we want to be sharper and not make mistakes,” McCoy said. “We have battled with snap the other night. We want to execute at a higher rate, get the plays in and the signals right.”

Kickoff for the Pike County Classic is scheduled for 7 p.m. at  Veterans Memorial Stadium.