Football is back: Coaches welcome in the new season at the Brown Bag Lunch event on the square 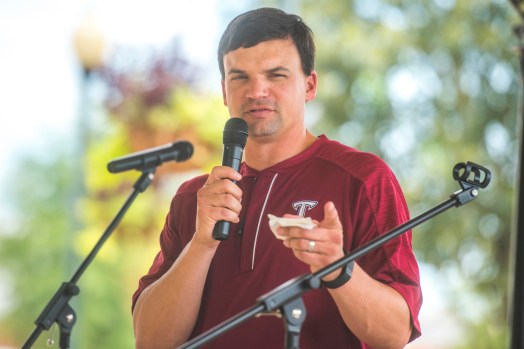 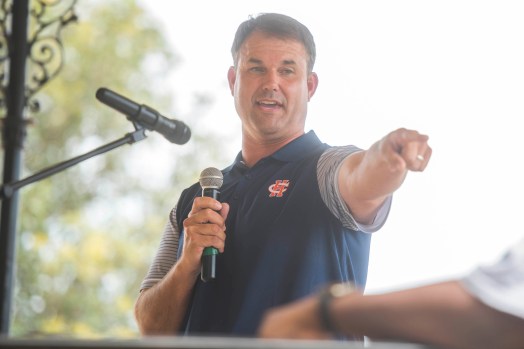 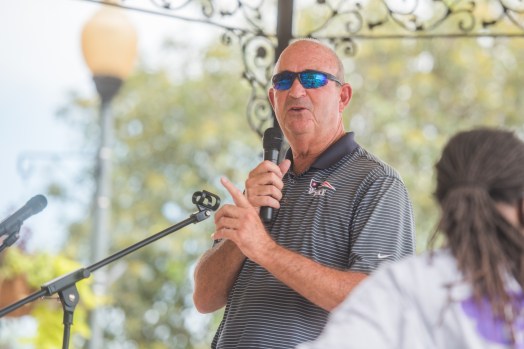 City of Troy kicked off their Brown Bag lunch event on the square in front of excited football fans.

“This is a great event for the city to celebrate football,” Brown said. “Get the community enthused about Charles Henderson and Pike Liberal Arts. Football season is here.”

Fans that attended the event were treated with hot dogs, hamburgers, corn dogs and waters. Each coach along spoke to the crowd about their summer and what they hope to see beginning Friday night with Charles Henderson.

“It’s neat,” McCoy said. “Before I came to Troy we never had an event like this. It’s unique that a town has a public school, a private school and a college all in one. It’s neat that Mayor Reeves and his staff members put this on. It gets the football season kicked off; football is in the air.”

The Trojans kick off their regular season a week from Saturday on the road against Boise State and with excitement for this season already high on campus, Brown was excited to bring the excitement to the community.

“Troy University is a huge part of the community here in Troy,” Brown said. “We always want to be a part of this community. Our family, our program is excited about being here. This is a proud football town; a lot of tradition at Pike Liberal Arts and Charles Henderson. Football I believe is the best developer of  young men. Today is about celebrating that.”

“We brought our seniors out,” Allen said. “Everyone one of our seniors will be involved in some form tomorrow so this is a big time for them.”

This season will be a special one for McCoy; his freshman class from when he arrived are now seniors and are playing their final season as Trojans.

“We have 16 and we are really excited about them,” McCoy said. “We have guys like Jared Wilson, Jamal Smith and a host of other guys that have been in the program for four years and they are going to do great things.”

Charles Henderson will kick of their season this evening when they host Pike County. The Patriots will host Clarke Prep. ames are scheduled for 7 p.m.