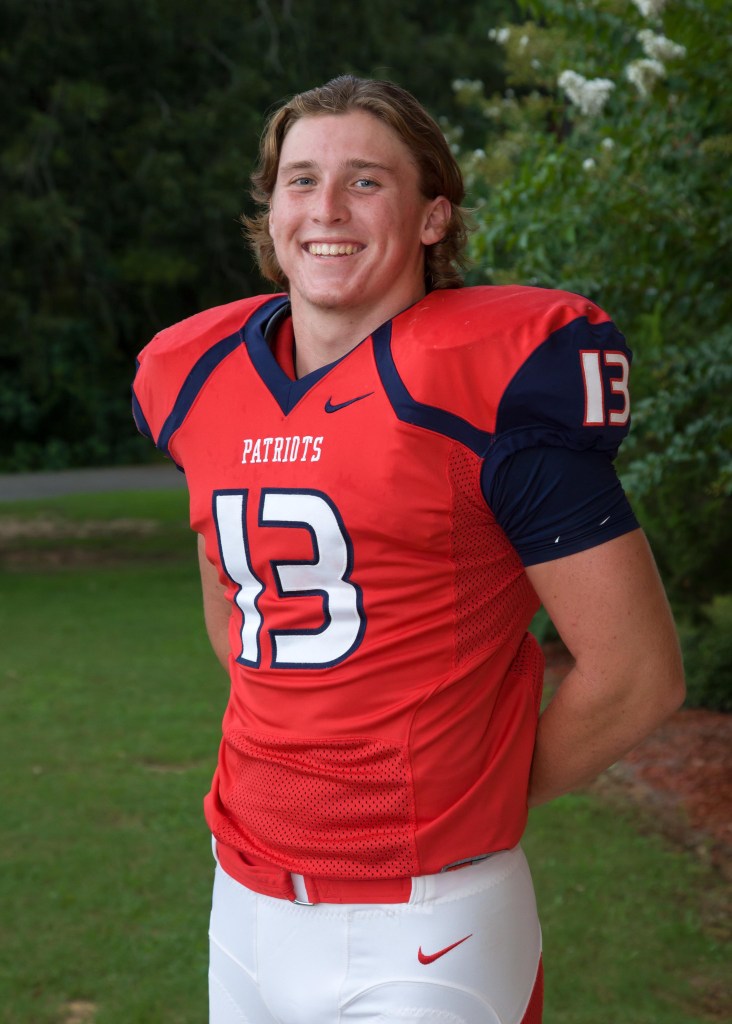 Submitted Photo Former Pike Liberal Arts linebacker Tyler Hussey has walked on for the Troy Trojans as a long-snapper heading into the 2017 season.

After deciding not to pursue an athletic scholarship, former Pike Liberal Arts linebacker Tyler Hussey has walked on as long-snapper at Troy University.

During his senior season with the Patriots, Hussey was being lured many schools including Jacksonville State, but in the end he decided to focus on academics.

“I had full tuition at Troy University,” Hussey said. “I decided to focus on my studies and get through school that way.”

Not long after arriving at Troy, Hussey started to feel the urge to get back into the game in some capacity thanks to the advice of his father.

“My dad talked to me about regret and told me if you never try, you won’t know if you like it or not,” Hussey said. “From that, I said I would try it. It took a long time to convince me, but I ended up doing it.”

Once he got back on the football field, Hussey felt like he was at home.

“It felt normal again,” Hussey said. “I am out there with a ton of guys that I don’t know other than hearing a few of their names. For some reason, there was a sense of being where I belong.”

Hussey finished near the top in tackles at Pike Liberal Arts during his senior year, but he won’t be doing any tackling from the linebacker position this season. Hussey is learning the craft of long-snapping, something he started to do in high school.

“I am still working on it,” Hussey said. “I long-snapped for two years in high school with no real fundamental coaching. I have had coaches teach me the basics, just nothing real extensive. I am still trying to learn the position.”

Long-snapping is way more than getting a football to a punter or placeholder.

Hussey is joining a successful team that a lot of people are excited to see. Hussey is not quite sure what to expect when the season begins.

“I haven’t experienced that part yet,” Hussey said. “I guess ill figure that out when the first game is played.”

School comes first for Hussey, who will balance not just football with his studies, but with joining a fraternity as well.

“It’s pretty tough so far,” Hussey said. “I am pledging a fraternity, trying to play football and trying to keep up with my grades as well. I knew it was going to be pretty tough and time-consuming, but I am still trying to figure out how to juggle all those.”