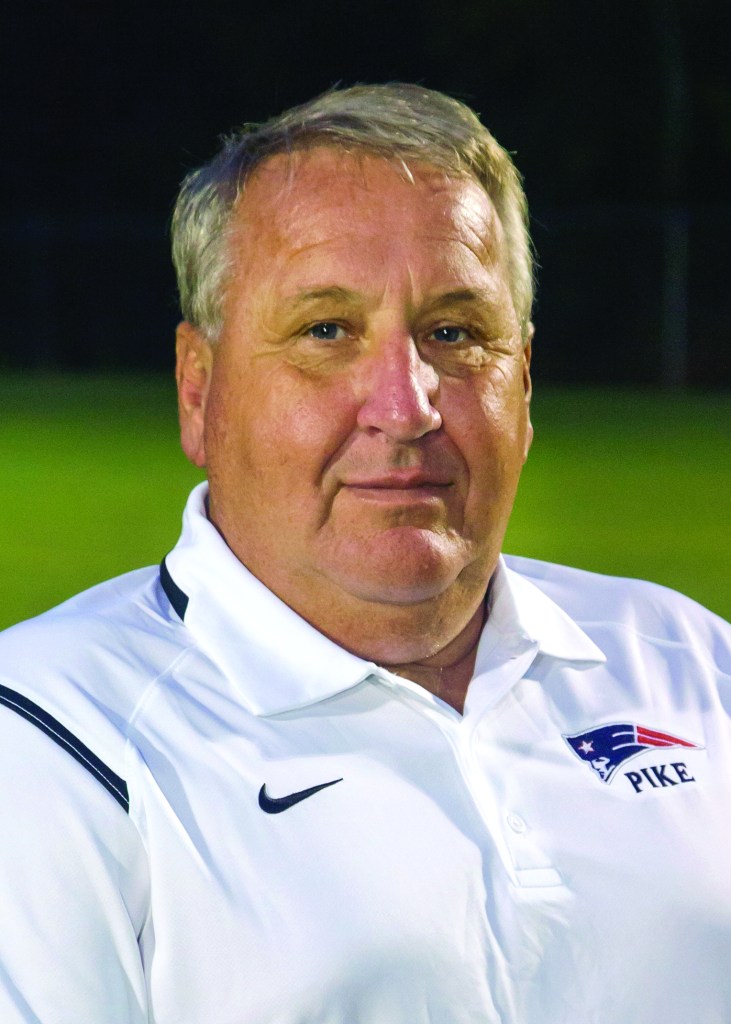 Submitted Photo Hudson has been a high school football coach for 39 years and is entering his fourth year at Pike Liberal Arts.

Pike Liberal assistant coach Arlton Hudson didn’t grow up wanting to coach high school football, but after getting an opportunity, he never looked back.

Hudson has been a high school football coach for the past 39 years, including the last four at Pike Liberal Arts.

After finishing up his high school career, Hudson attempted to walk on in college, but was forced to call it quits after sustaining an injury. Hudson went from loving the game to not being able to look at a football. Then he got a call from his former head coach Charles Branum at Evergreen High School.

“He came and got me and asked if I would coach his junior high football team,” Hudson said. “I said ‘Coach, I really don’t want to do that.’ He came back and said ‘I really need you to do it.’ When he told me he needed me to do it, I did it.”

In his first year, Hudson led his team to an undefeated season. After finishing out the school year, Branum made Hudson go to school and pursue something that he loved and that’s what he did.

“He planted the seed and it grew from there,” Hudson said. “This will be year 39 for me and I still love it as much as I did the first day I coached.”

Football provides Hudson a passion that he can only get on a Friday night standing on a sideline. The passion has not left him; in fact, it continues to grow.

“Friday nights– there is nothing like them,” Hudson said. “I think you have to have a passion for the game. I am pretty sure my passion surpasses most people. I love being around kids and watching them grow.”

For Hudson, coaching is more than teaching a group how to play football.

“Each year it’s like adopting 35 kids as your own and you treat them that way and watch them grow and respond to that,” Hudson said. “It’s an exciting time, especially when you have a kid go to the next level.”

Hudson estimates that he has helped coach about 120 kids that have gone on to play collegiately and about 14 that went on to the NFL.

Hudson has coached at every level of high school football throughout his 39 years. He began his head coaching duties at Southside High School in 1989 and went on to coach at Florala for 14 years, Hillcrest for nine years and went to Gautier, where he hired current Pike Lib head coach Gene Allen to be his defensive coordinator. After spending four years there, he finished off his head coaching duties at Coosa Valley.

“It has been a good run,” Hudson said. “I have been really fortunate to have good football teams. I have coached the biggest school down to the smallest school. I just love coaching and being around players.”

Hudson and coach Allen have shared many memories together over the years. Along with their time shared at Goshea, the two coaches were on the staff of Greenville’s state championship team in 1987.

“Gene Allen is a real person,” Hudson said. “He is a good guy and he walks a straight line. We have our times when we don’t agree on stuff, but when we sit down and talk about it, we come up with a conclusion that fits both of us. He has always been a defensive-minded coach and I have always been an offensive-minded coach and it works well that way.”

Even after 39 years as coach, Hudson doesn’t plan on slowing down.

“Truthfully, it keeps me young,” Hudson said. “I know one day I will have to hang it up; I hope it’s not tomorrow and I hope it’s not next year because I still get excited watching these kids do what they do.”

Even though he has had the opportunity to get back to being a head coach over the last couple of years, Troy is home to Hudson and for the time being, he has no plans to leave.

“I am not looking to leave,” Hudson said. “I had jobs offered to me this year and two jobs offered to me last year to be a head coach. They were tempting, but in the end, it’s the time of my life where I want to sit back and watch my family and be a part of their lives more than I have in the last 30 years.”