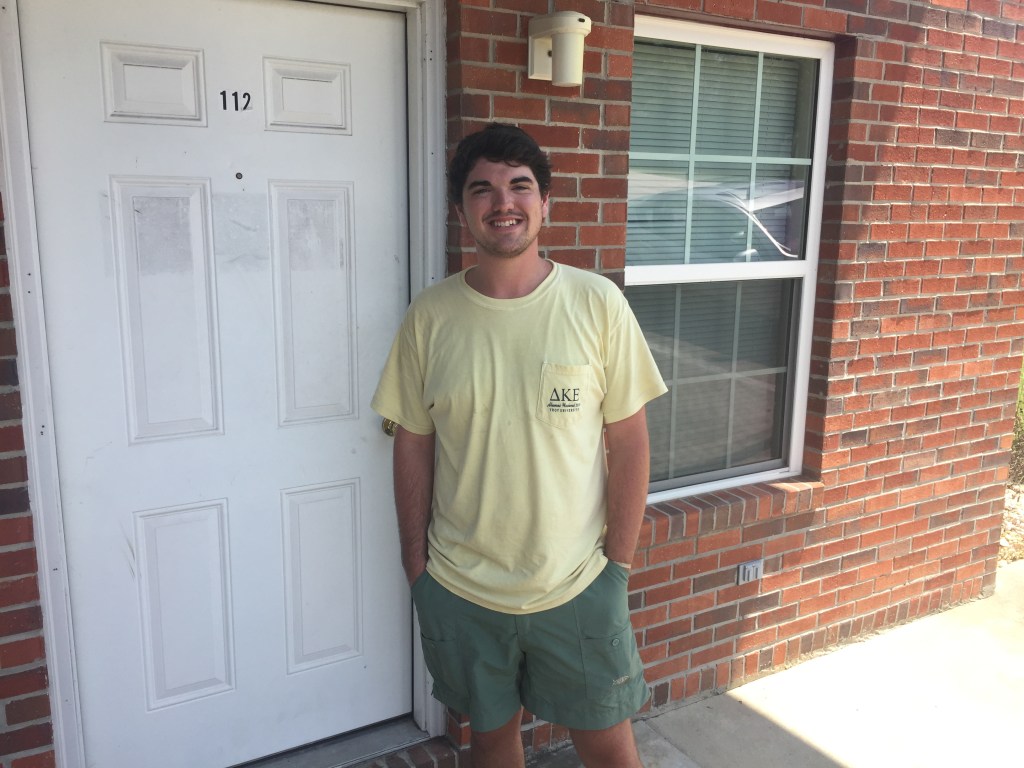 Messenger photo/Mike Hensley Chase Williams moved in for his last year at Troy University Monday. Above, Williams stands in front of his new apartment.

When the dart landed on Central Street Monday, Troy University senior Chase Williams was busy moving in the last few things into his new apartment before starting school on Wednesday.

Williams, a criminal justice major, is ready and excited to begin his final year at Troy.

“It’s big,” Williams said. “I’m a Deke here at Troy and that is starting to pick up now. I am just glad to be back. It’s sad to see it come to an end, but I am definitely ready to start the next chapter of my life.”

Williams spent the summer in town working at Publix. Now he turns his attention to schoolwork as well as shaping up the new recruits for Deke.

“For it being my last fall rush opportunity, it’s kind of bittersweet,” Williams said. “It’s time to close this chapter and move on to the next one.”

Like many students’ Williams has spent time getting things ready on the home front to begin another year.

Monday, Williams spent time moving in the final pieces including his mattress and box spring. He is ready to make his new place feel like home.

“I am just ready to be 100 percent moved in,” Williams said. “Make it livable and just make it my home.”

Editor’s note: “The Dart” is a Messenger feature highlighting everyday people around Pike County. Each week, a Messenger reporter will be throwing a dart at a map of Pike County and feature a story on someone out and about in the area where the Dart lands.