Patriots close out week in pads, looking ahead to opener 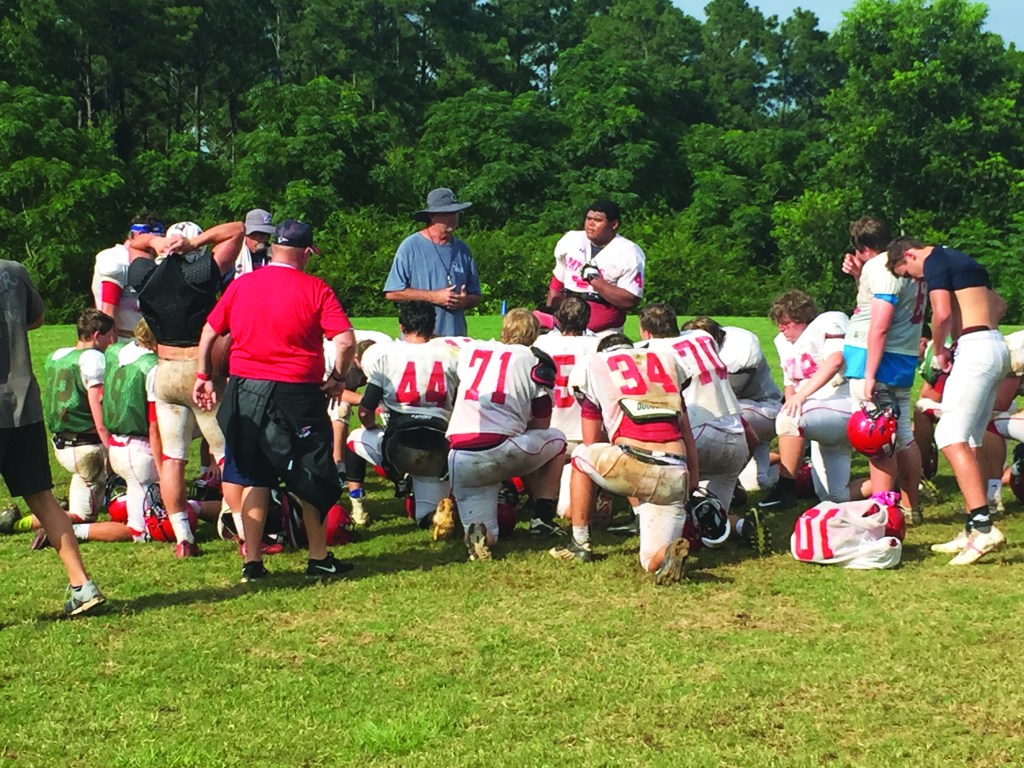 Messenger Photo/Mike Hensley The Pike Patriots closed out the week in full pads on Friday afternoon. They will begin the season at home on Friday against Kingwood Christian.

The Pike Patriots are a week away from opening the season at home against Kingwood Christian. They closed out practice Friday afternoon in full pads preparing for the opener.

“We are ready to get to game week,” said head coach Gene Allen. “This time of year, you are tired of hitting each other.”

The Patriots closed out the week in full pads, mainly because they don’t plan on doing it much next week.

“Hopefully we won’t have to hit as much next week,” Allen said. “The biggest problem we have right now is numbers. We can’t afford to get anybody hurt.”

The Patriots enter game week fairly healthy and even though they have a lot still to work on, everything has been very positive for Allen and the Patriots.

The Patriots have done some work on the game plan, but with Kingwood bringing in a new head coach, there isn’t much the Patriots can do to prepare for the Lions.

“We really don’t know what they are going to do,” Allen said. “I have to get with him and see if we want to share a little information. We have looked at everything, under center, two tight ends and spread to try and just get prepared.”

When the Patriots hit the field for practice next week, Allen is hoping to see his team become more aggressive on defense.

“We are getting to the ball good, but we didn’t tackle very well today,” Allen said. “We stopped on some blocks and didn’t run through blocks. There are a lot of little fundamental things we need to work on.”

Kickoff between the Lions and the Patriots is scheduled for 7 p.m. next Friday night in Troy.

“Everybody is ready to get started,” Allen said. “It’s football season. Football is in the air and that’s always fun. Everybody loves it and we are looking forward to it.”