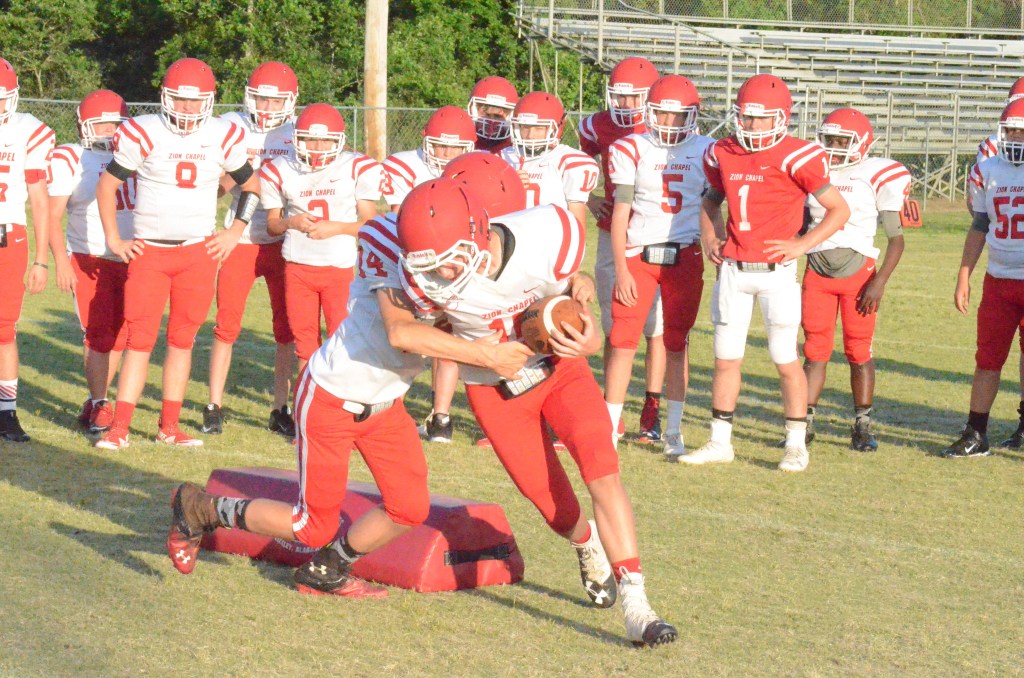 Messenger Photo/Mike Hensley The Zion Chapel Rebels kicked off the Randy Bryant era on Monday when they began practice.

The Rebels officially kicked off the Randy Bryant era this week when they began practice at Greene Memorial Stadium.

Bryant took over for previous coach Bubba Nall, who left the program in early spring, and begins his first season as a head coach.

“I have really enjoyed it,” Bryant said. “This has been a dream of mine since I was a senior in high school. This has been what I have been preparing for my whole adult life. I am really excited to get this opportunity at a great school.”

On the field, the Rebels are looking to change a culture. Over the last four years the Rebels are 7-33, but after winning three games last season, the most wins since 2012, excitement is starting to brew.

The Rebels didn’t have much time to get their feet wet with Bryant’s new system when he arrived in April.

“We started from the top, installing our scheme,” Bryant said. “Each day, brick by brick we want to add to it until we feel like we have everything we need to be successful.”

The Rebels come to camp with eight seniors on the roster who are ready to take the next step.

“We are a junior heavy team this year,” Bryant said. “We have eight seniors and a ton of juniors. I really like our team. In the past previous coaches have done a good job with the football 101 type of stuff with our team. They are all smart kids and they pick up what we are teaching them.”

Even though Bryant has worked with his team on adapting to his brand of football, he hasn’t gotten away from the fundamentals of the game.

“If you got a great scheme, but you don’t know how to execute the fundamentals you are still going to get beat,” Bryant said. “Right now we worried about our fundamentals. The scheme changes throughout the year; we are trying to get our kids to understand the fundamentals of the game.”

After hosting Barbour County for a jamboree on August 25, the Rebels will officially begin the season with three straight road games before returning for the home opener on September 22 against Luverne. The Rebels are excited to hit someone else in another uniform.