On the gridiron: Charles Henderson returns to practice 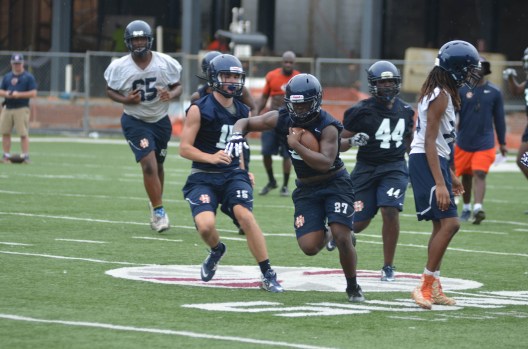 Messenger Photo/Mike Hensley The Charles Henderson Trojans returned to the football field this week to start preparing for the upcoming football season. The Trojans will host the Pike County Patriots on August 25. 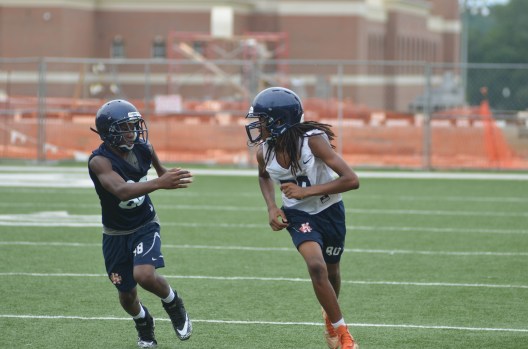 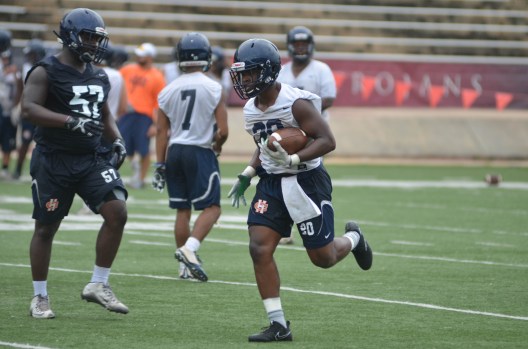 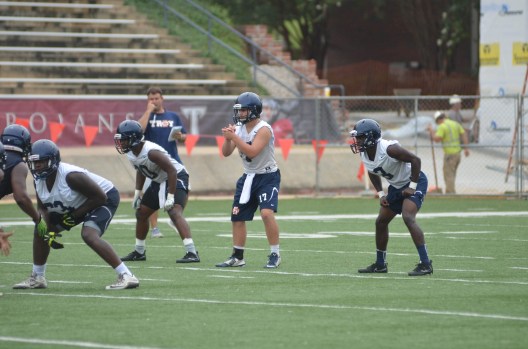 The Charles Henderson Trojans began year four under head coach Brad McCoy this week when they opened up practice at Veterans Memorial Stadium.

The Trojans finished last season with a 7-4 record and advanced to the postseason for the seventh consecutive season. After a great summer, McCoy and the Trojans are ready to take the next step.

“We got back on the field yesterday (Monday) after about nine days off,” McCoy said. “They kind of caught their breath after a great summer with great numbers. We got stronger in the weight room, we got faster and I think all that is showing as we go into camp.”

This year’s seniors have been with McCoy since they were freshman and McCoy hopes they will be a good influence on the younger players.

“I think the leadership and how the seniors have taken hold of the football team and are leading in every drill is showing up,” McCoy said. “I am excited about this football team.”

With teams being limited to how much they can practice, the Trojans are focusing on cleaning up their mistakes and knowing the importance of practice.

“We want to work on eliminating mistakes and we want these kids to know the importance of practice and really how it dictates Friday nights,” McCoy said. “If we can make them understand the importance of what we are doing day in and day out, I think it will pay off on game night.”

The Trojans have practiced for about two and a half hours over the first two days of practice, but when the final whistle blew, the Trojans were just getting started.

“We were explaining to the guys why we lift weights at the end of practice,” McCoy said. “We give them the explanation of the fourth quarter in a tough ballgame. You’re going to be tired and winded. Having the weight room at the end of our practice illustrates that you have to push through and get to the end.”

After last season, the Trojans were forced to replace defensive coordinator Chuck Dunn along with assistant coach Randy Bryant. Andrew Lowery and Tyler Eady join the staff this season.

“We have spent the summer trying to gel the staff and get these guys to understand our expectations,” McCoy said. “That is not easy. You’re not only teaching scheme, you’re trying to get them to learn the kids and the kids to learn them. The kids have really welcomed these guys. The coaches are working really hard and adjusting fast.”

McCoy himself is entering his fourth full season and he hopes his system continues to grow stronger.

“This will be my first full senior class in which I have had since they were in the ninth grade,” McCoy said. “We have 17 seniors; they are my largest group and they mean a ton to me. It seems like yesterday when I was starting in late June and coming into this school system, but I tell you it’s been a blessing and I have enjoyed it.”

The Trojans enter this season with over 80 players on the roster, giving McCoy the most depth he has had in his three-year stint. The entire offensive line is returning along with three on the defensive line.

“If you’re not solid and you don’t have a sound group up front, I think you’re going to struggle,” McCoy said. “We have a lot more depth thatn we have ever had. We have ninth and tenth graders that have had tremendous success at the middle school level. They are battling for spots because they are so much better prepared. Our 80 to 82 kids are really battling for these spots.”

The Trojans begin their season with the annual cross-county showdown with Pike County on August 25 before starting what McCoy thinks is a strong schedule.

“It’s Pike County and there is tradition behind it, but we have so many big ones,” McCoy said. “UMS and Stanhope in non-region and you’re talking about Carroll, Eufaula and Booker T. Washington in region play. We have a lot of good competition to face and we are going to treat every week the same way. We are going to try and get better and get ready for each Friday night like it’s our last.”