BACK TO SCHOOL: Pike County Schools start back 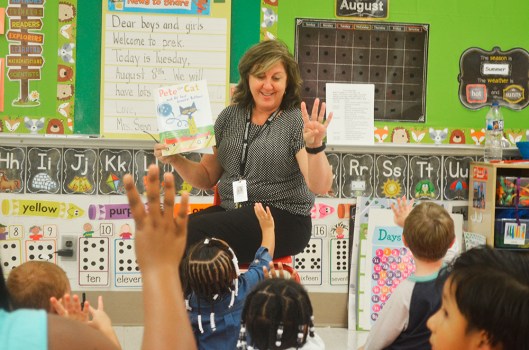 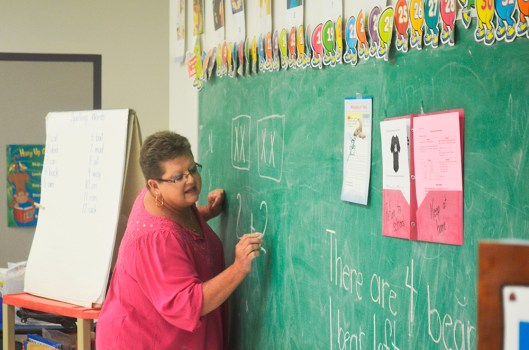 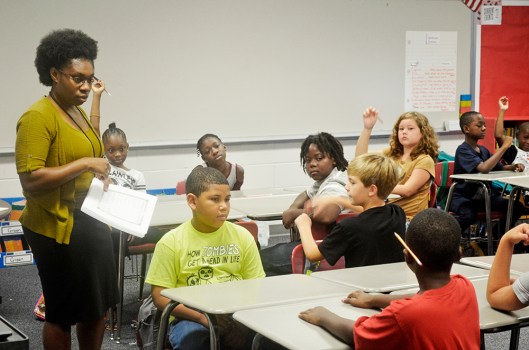 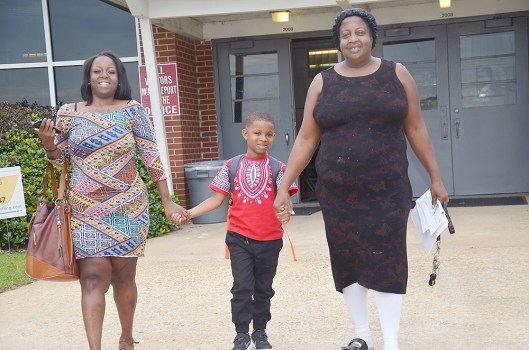 The Pike County Schools set sail into the new school year Tuesday and, by all accounts, it was smooth sailing.

“The day went smoothly. Students were excited and seemed anxious to be starting a new year,” Carter said. “We are looking forward to another successful and innovative year.”

Not all students report on the first day of school and withdrawals are always a possibility so enrollment numbers were loose at best.

“It will be several days before we get a handle on the exact enrollment for the 2017-18 school year,” Carter said. “Early indications are that enrollment is up slightly at Banks School and down slightly at Pike County High School. But, that’s just first-day indications. We are off to a great start all across the county.”

Pike County High School celebrated the beginning of the school year with a “Back-to-School Pep Rally” in the gymnasium that included a data review slide show, the introduction of the Bad to the Bone Bulldogs and the cheerleaders.

Sharon Sullivan, counselor, encouraged the students to move into the new school year determined to “give it your best shot.”

“Rewards won’t come immediately but they will come if you do your best,” Sullivan said.

Tagging onto the Pike County Rocks movement, Sullivan provided rocks on which words of encouragement were written. Students were chosen to hide the rocks for others to find and to be uplifted by the messages of hope, love, kindness, faith, etc.

PCHS Principal Willie Wright said the key to a successful school year is to follow the rules.

“At Pike County High, we have high expectations,” he said. “We expect great things from you because we know your potential. We expect our students to do their best and be the best.”

Wright said PCHS also has rules and those rules are expected to be followed to the letter. He explained the dress code that includes shirts in and pants up for the guys, no short skirts and no tight tops for the girls and holes in jeans are out for all students.

Cell phones must be off and unseen and may only be turned on at 3:15 p.m. when school is “out.”

“The first day of school was a good day,” Wright said. “Things went as planned and we’re off to a good start and are looking forward to a great year and a busy one.”

Banks Schools also expect to have a busy and productive year.

Sabrina Thomas’ kindergarten class was a-buzz with activity on the first day of school.

At Pike County Elementary School, Pre-K students were read a story about “Pete the Cat” and learning about numbers at the same time. Across the grades and classrooms, most of the students were getting oriented to their schedules and class rules.

Over at Goshen Elementary School, Deidra Smith started her first day as a fourth-grade teacher, an added responsibility to her normal duties teaching fifth-grade. Smith also switched from teaching reading language and arts to reading language and social studies, but she said she’s already comfortable with the changes.

Some students entering Smith’s class still had to get acclimated to the switch as well. Recognizing Smith as a fifth-grade teacher, some of the students talked among themselves as they walked to her classroom, seemingly bewildered that they may have been able to skip a grade level.

Smith quickly explained the change though and introduced the students to fourth grade, starting with a game of “first day bingo” to get the students to interact with their classmates.

The game was set up like a typical bingo board, but in this case the spaces had phrases such as “likes to climb on things”, “enjoys camping” and “can whistle a song” in place of alphanumerical combinations such as B4 and I8. The students had to go around the room to their fellow classmates and get someone that could sign off on a category that described them

Smith also took the first day to learn some more about her students, passing out a questionnaire that included questions about how they like to learn and what they find most challenging.

“I think it’s very important to know how they like to learn,” Smith said. It’s important for lesson planning. I didn’t find out until I was in college that I work better with classical music on in the background. So I tried that out with my students and many of them said they liked it better than complete silence.”

At Goshen High, Principal Major Lane said everything was going smoothly, with most of the faculty’s attention on making sure everyone gets from “point A to point B.”

Dr. Mark Bazzell, superintendent of Pike County Schools, said everything had been reported to run smoothly during the course of the first day, including a change in some bus routes for Goshen schools due to a closed bridge.

“We tried to make sure everybody knew what the changes in pickup times would be,” Bazzell said. “We’re hoping that bridge will be repaired as quickly as possible, because it does impact several of our routes, but I haven’t had any calls today related to transportation issues.”

Anyone that has any questions about the route changes can call the board of education office at 566-1850 and select the department of transportation extension.