Power Five schools can learn a lesson from Troy 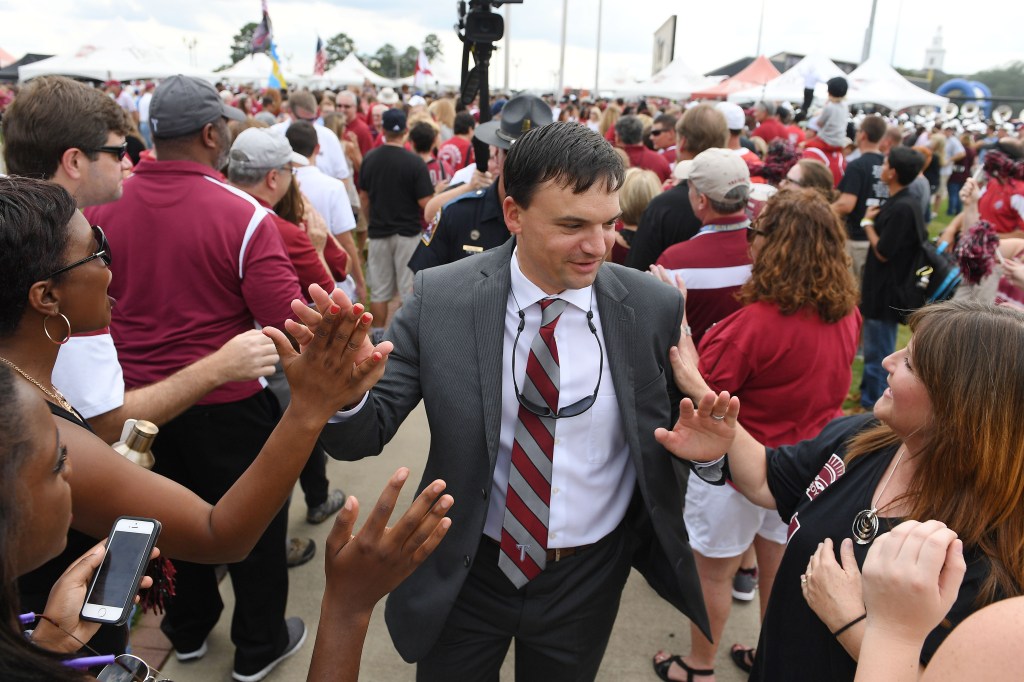 Before an NCAA college football game between Troy and Austin Peay in Troy, Ala., Saturday, Sept. 3, 2016. (Photo/Thomas Graning)

With 30 days until the start of the college football season, fans all over the country are clamoring to see their favorite team in action.

Here in Troy, fans are coming off a 10-win season and are eager to see what 2017 will bring. Luckily they will have the opportunity over the next few weeks to get a sneak peek as head coach Neal Brown has opened up practices for both fans and media. Two open scrimmages will offer more opportunities to see the players.

Fans of other teams won’t have that luxury.

In the Southeastern Conference, widely known as the top dog in college football, opportunities for fans to see their favorite team is limited at best.

Ed Orgeron entering his first full season at LSU made headlines last month by deciding to close practice to fans and media alike. The Tigers are not alone. Each of the 14 schools within the conference allow media limited acccess. Alabama allows reporters to watch 15 minutes of practice each day. Basically, they have time to see players walk on the field and stretch.

Alabama holds its annual Fan Day on Saturday and it will be the only time fans will be able to see their team in action before the Sept. 2 battle against Florida State.

So why do teams in the Power Five do this? Competitive edge? Maybe.

But teams in the NFL open up practices during their two weeks of training camp. NFL Network visits most camps and the media for the most part is granted full access.

In a day where information is readily available, Nick Saban, Orgeron and other college coaches around the country may be leery about details of injuries and new plays being widely shared. But it seems to me if NFL practices are open to everyone, than Power Five schools should be able to allow fans and media access during the first week of camp.

While most teams practice under a veil of privacy and behind barbed wire fences, Troy is out in the open and at times in front of fans either sitting in beach chairs or in the stands.

Troy will open up their first scrimmage of the fall on August 12 and they will follow that up with their second scrimmage on August 18 as part of Student Appreciation Night. On the following day fans will flock Trojan Arena and get autographs from members of the football team, when again attendance will be up.

I haven’t seen fan interaction like this at Troy since I arrived on campus in 2008. While teams like Alabama and Auburn already have a firm fan base, Troy is still growing theirs.

Excitement for this football team is at an all-time high, and coaches are taking advantage of it by having events such as the Trojan Tour, Football 101 and Fan Day.

It’s time to open the gates of practice at other schools, as well, and allow all fan bases the opportunity to see their favorite teams in action.

Column: With success comes opportunity; Brown is experiencing both