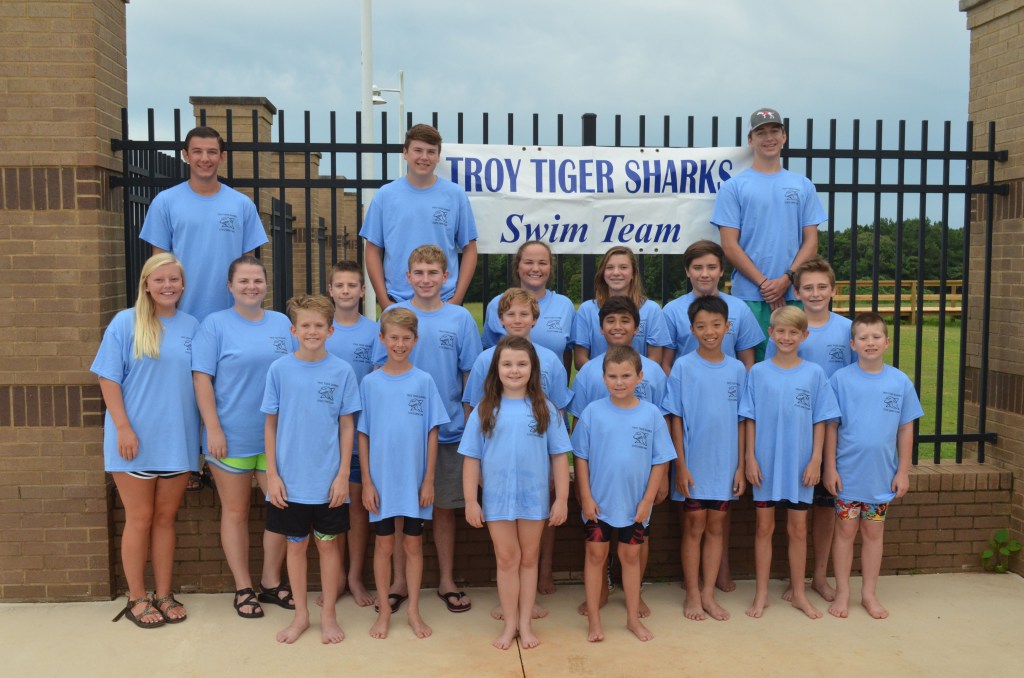 Messenger Photo/Mike Hensley The Troy Tiger Sharks wrapped up their summer at the state swim meet this weekend in Opelika. Addison Bruner won three state championships in the 50-meter freestyle, 50-meter breaststroke and the 100-meter freestyle.

Addison Bruner went with the Troy Tiger Sharks to Opelika for the State swim meet this weekend and brought home three championships.

“I am proud of her,” said head coach Nicklaus Chrysson. “She is one of the athletes that is determined and she is willing to work for what she wants. She truly does push herself during each practice. She loves it and would live in the water if she could.”

Chrysson said Bruner also pushes the other swimmers to succeed.

“If I put her in a line with some of the other kids, she is going to pass them but it’s going to push them to go faster,” Chrysson said.

The Tiger Sharks brought a total of 24 swimmers and all of them improved their time when it mattered most.

Each individual improved their time, including the 8U swimmers.

“Their nerves were up and they were anxious to get into the water, but they were excited and ready to swim,” said Elizabeth McKenzie, assistant coach.

This summer was full of ups and downs for the Tiger Sharks. They had rainouts and they had success, but they always had fun.

“This summer has been a roller coaster,” Chrysson said. “We had our ups with going to state and with how many kids we had this year; about 50 which has been our biggest group. We have also had our downs such as both of our home meets being rained out. I was so proud and happy to be their coach this year and I am looking forward to being their coach next year.”