On to state: Tiger Sharks ready and excited for trip to Opelika 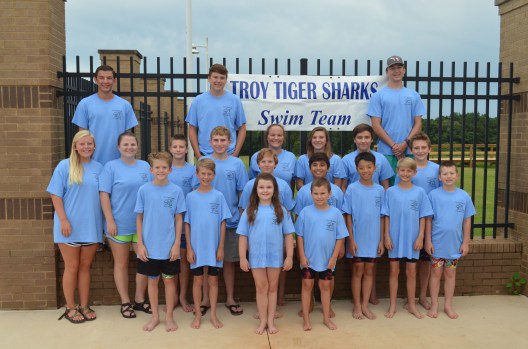 Messenger Photo/Mike Hensley The Troy Tiger Sharks wrapped up their summer at the state swim meet this weekend in Opelika. Addison Bruner won three state championships in the 50-meter freestyle, 50-meter breaststroke and the 100-meter freestyle. 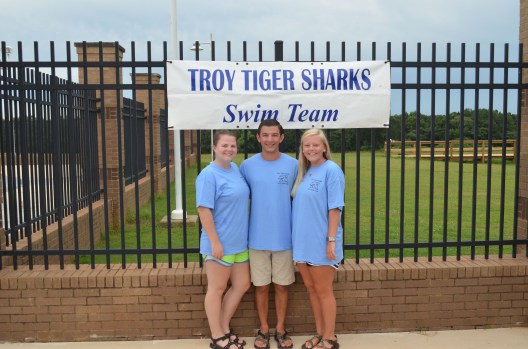 The Troy Tiger Sharks are eager to hit the pool in the state swim meet on this weekend in Opelika.

The Tiger Sharks competed in the District Swim on July 15. At the end of the competition, 24 Tigers Sharks swimmers hit their time and advanced to state.

For these 24 swimmers, the long months of training will be worth it when they hit the water in Opelika to represent Troy.

“We are really excited,” said head coach Nicklaus Chrysson. “We are ready to compete with all the other teams in the state of Alabama and I think we are really prepared.”

The Tiger Sharks will feature a team that is split between newcomers and veterans when it comes to attending the state swim meet.

For swimmers Nicholas Slobodchikoff, who will participate in state for the fifth time, and Addison Bruner it’s all about the competition and enjoying the moment.

“The experience has to be (my favorite thing),” Slobodchikoff said. “The pool is always pretty big and there is a big crowd.”

For Bruner, it’s all about staying relaxed in the moment and competing when the time comes.

“It’s everybody from the entire state of Alabama,” Bruner said. “They all qualified to be here, so it’s a good range of people that deserve to be there. It’s going to be competitive. You have to relax and have fun. In District, you’re more relaxed because you’re not competing against anyone; you’re trying to get your qualifying time. At state, you are racing against the people you are qualified to be there with.  You just have to stay relaxed and have fun.”

Swindle is finishing up her second year in the pool and her favorite part is representing Troy.

“I get to be a Troy Tiger Shark,” Swindle said.

The state meet is a competition and the swimmers for the Tiger Sharks will be going up against their toughest competition of the summer.

Troy will be competing in more styles than Chrysson could list and for him that means his team is successful.

“It opens doors for every race,” Chrysson said. “We have different races from 50 meter freestyles and butterflies to 200-yard medley relays where everyone gets to participate.”

The Tiger Sharks started the summer with more swimmers than last year and he believes they have five to 10 more swimmers heading to state.