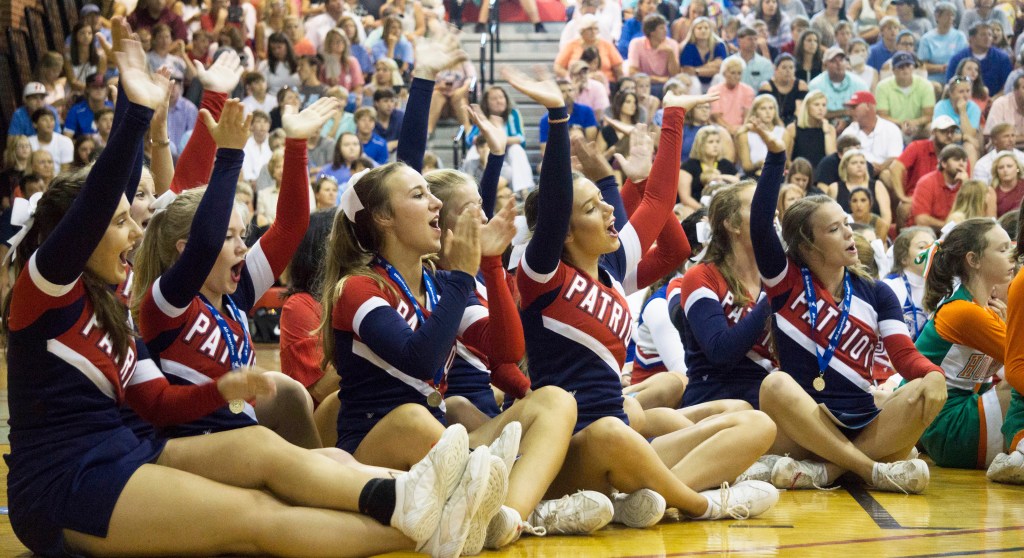 The Pike Liberal Arts varsity and junior varsity cheerleaders both brought home overall camp championships in the UCA Cheerleading Camp on the campus at Huntingdon College in Montgomery.

Both the varsity and junior varsity patriots competed in five different competitions throughout the camp: Home-Pom, Extreme Champions, Sideline, Cheer and Overall Gameday.

The junior varsity squad won all five of the competitions, while the varsity squad came in first in three of the events and finished in second in the other two.

The varsity squad also received the Leadership Award, which is voted on by all the schools attending the camp.