Troy heading to championship after win over East Montgomery 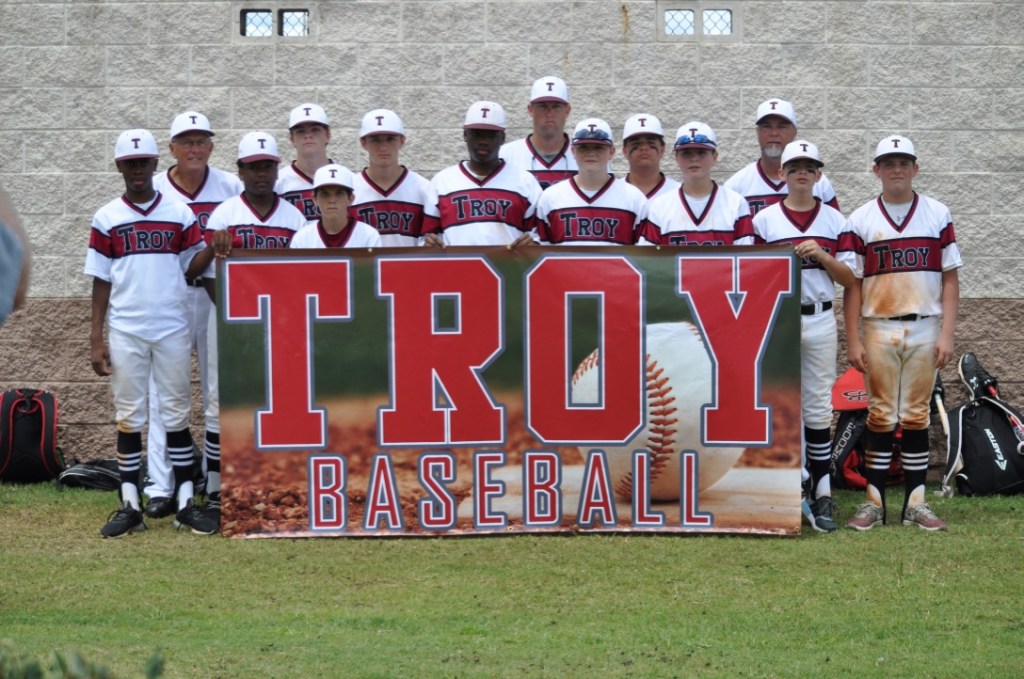 submitted Photo The Troy Junior Dixie Boys are heading to the championship game on Wednesday morning after they defeated East Montgomery 10-5 on Tuesday morning.

Troy defeated East Montgomery 10-5 on Tuesday. The win for Troy, coupled with a Dothan win, meant there were three teams left with one loss. Troy drew the bye into today’s championship game where they will face the winner of Dothan and Opelika.

“That’s really sweet,” said manager Chris Huner. “I told the boys a month ago our goal was to be playing on the last day and we made it. It’s a nice place to be knowing we can sit back and watch the game before us.”

Jayden Jordan got the start for Troy on Tuesday and lasted 3.2 innings. He allowed one run on three hits and struck out three batters. Noah Prestwood pitched the next 2.1 innings and allowed four runs on four hits. Brady Huner closed out the game pitching one inning.

“I told Jayden after he came off the mound the other night that you are going to get another shot and he pitched very well,” Huner said. “I brought in my two consistency guys in Noah Prestwood and Brady Huner and they throw a lot of strikes. The pitching was a lot better today.”

After a scoreless first inning Troy got on the board first in the second when they scored two runs when Skylar Kidd scored on a Stephens ground out and when Huner scored on a Press Jefcoat single.

Troy took a comfortable 5-0 lead into the fourth after they scored three runs in the third. Jaden Jordan hit a homerun and Lee raced around the bases for a triple and then advanced home on an error. Braisted stole home for the inning’s final run.

After East Montgomery scored their first run in the bottom of the third, Troy had their second consecutive three-run inning in the fourth. Prestwood drove in both Stephens and Jefcoat on a single and Prestwood came around to score on an error.

Cardwell scored a single run in the fifth on a fielder’s choice to bring the score to 9-1.

In the bottom of the inning, East Montgomery attempted to come back when they scored four runs to cut Troy’s lead down to 9-5 after picking up four hits in the inning.

Troy erased any doubt the following inning when they pushed their lead back out to five when Kidd drove in Braisted with a single.

Troy will play for a championship game 30 minutes after the conclusion of Dothan and Opelika, which is slated to begin at 9 a.m.