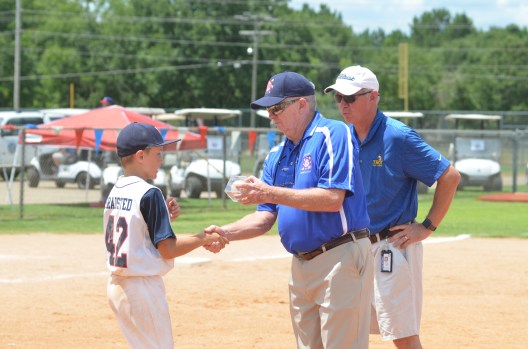 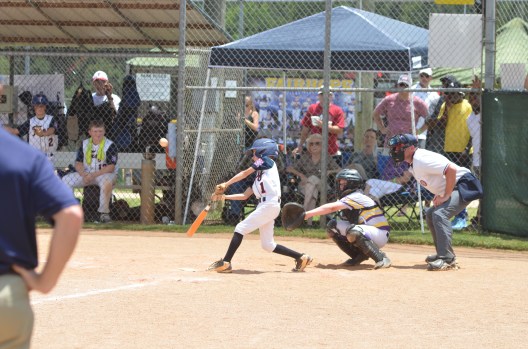 Troy hit two homeruns during their 13-run second inning in their 14-1 win over South Bibb on Saturday afternoon in the Dixie Youth AAA State Tournament at the Sportsplex.

After winning the first two games of the tournament in walk-off fashion, head coach Adam Brookins was happy to see his team play with a lead.

South Bibb came in to the game with reputation of being able to hit the ball around the field. On Saturday the combination of Luke Barron and Dawson Bradford held Bibb to just one run.

“We did a very good job today,” Brookins said. “Dawson did a great job pitching today. Our pitching is getting better and better.”

After falling behind big during the first two games of the tournament, it was Troy who scored first on Saturday when Jackson Booth hit a double to score Nate Braisted to give Troy the 1-0 lead.

After South Bibb evened the score in the top of the second, Troy sent 17 batters to the plate and scored 13 runs to go up 14-1.

Troy had their first five batters of the inning reach before the first out. Cade Edwards had a RBI double and two-run homerun in the inning, while Braisted also had a big hit in the inning when he hit a three-run home run to give Troy an 8-1 lead. Troy also got RBIs from Slade Russell, Booth, Barron and Tyler McLendon.

“Every ball that was hit were very solid hit ball,” Brookins said. “That was the best this team has hit the ball in quite a while.”

With the win Troy will take on the winner of Fairhope and Hueytown at 5 p.m. on Sunday.

“There is a lot of good pitching up here,” Brookins said. “We have three of four best pitchers available tomorrow. We don’t have worries going in to tomorrow.”