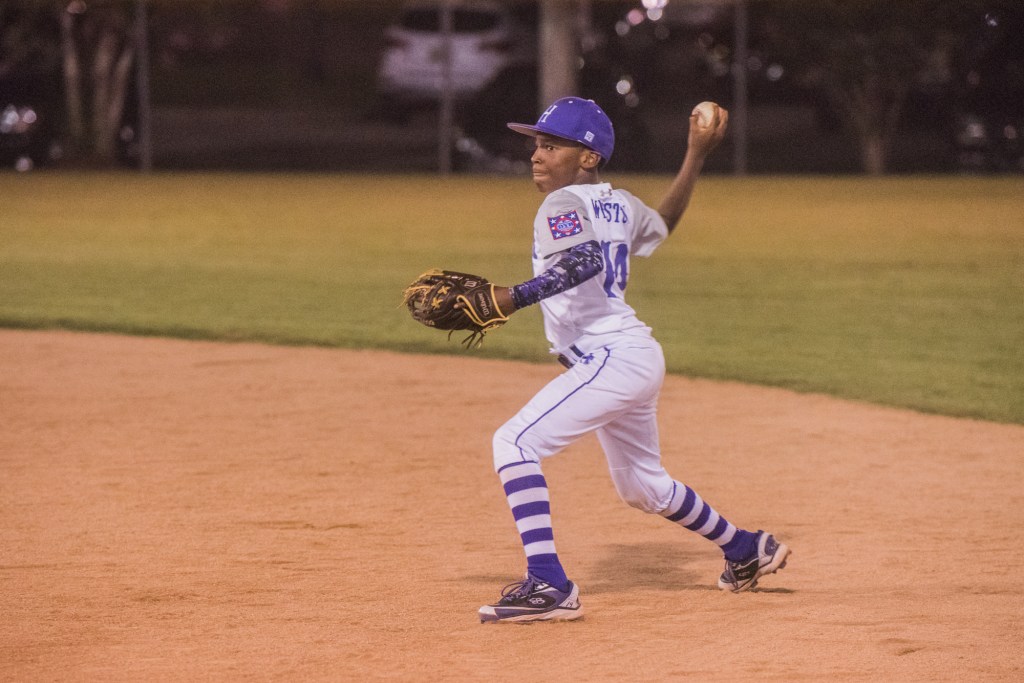 Messenger Photo/Jonah Enfinger Day two of the 2017 Dixie Youth AAA State Tournament conclduded on Friday night with four teams being eliminated. The Tournament will kick back up this morning at 10.

Day two was elimination day at the 2017 Dixie Youth AAA Tournament at the Troy Sportsplex on Friday night.

Alexandria overcome a tough one-run loss to Troy on Thursday night with an 11-2 win over Cherokee American on Friday.

“The first game, everyone is nervous,” said Alexandria head coach Jonathan Heathcock. “We played a lot looser tonight. We made our plays; last night we had 10 errors. We hit the ball and we made our plays.”

Southeastern also had a comfortable win in round two when they defeated Decatur 10-0 to advance to Saturday.

“We really leaned on our pitching,” said Southeastern manager Jeff Corley. “Fleming Hall is my ace. He is a really good pitcher. I knew I could throw him for 40 today. If he threw the way we knew he could and throw three innings we would be ok.”

Tallassee and Enterprise also lived to see Saturday by picking up wins against Jacksonville and Selma.

In the winner’s bracket Troy had a dramatic 7-6 win over Moulten sending them into Saturday evening’s third round. Joining Troy will be Hueytown, Fairhope American and South Bibb.