FOOTBALL 101: Women get inside look at Troy football program 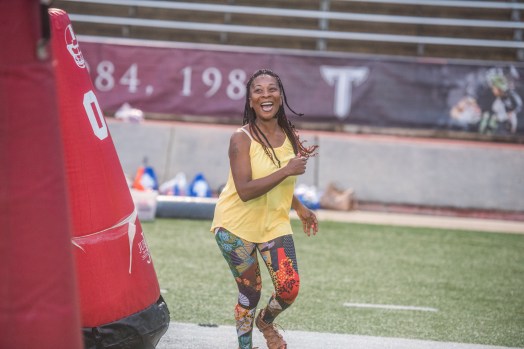 Messenger Photo/Jonah Enfinger Women got a chance to get an inside look at the Troy football program Thursday at Troy Football Women’s 101. In addition to the behind-the-scenes look, the women got to get on the field and participate in some of the kinds of football drills the players go through. 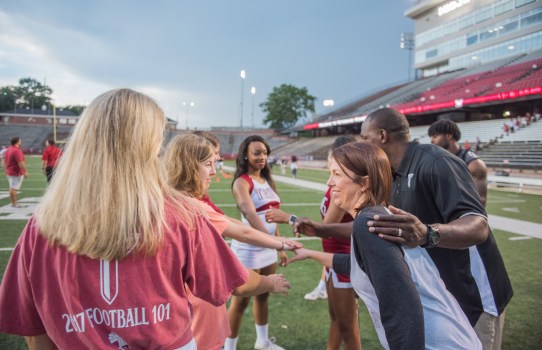 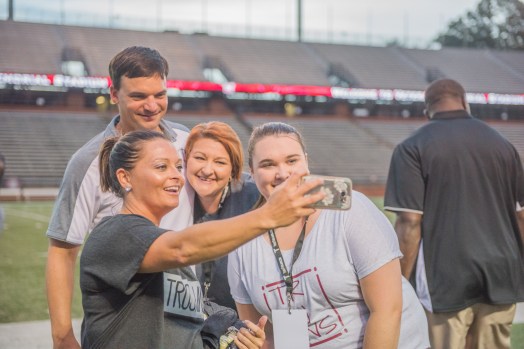 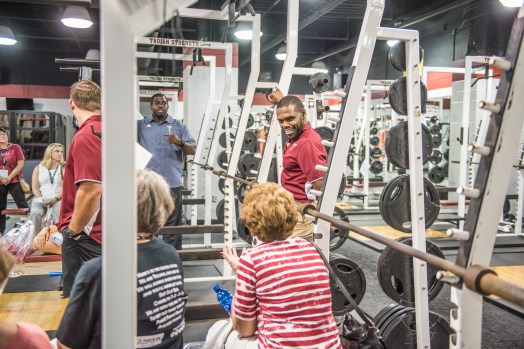 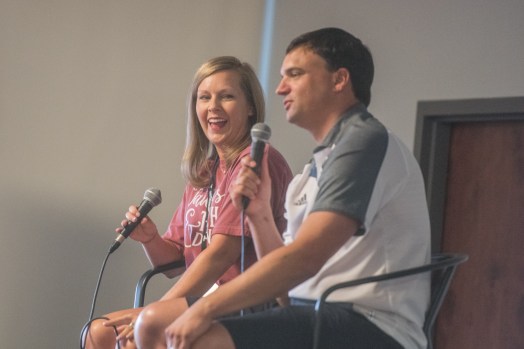 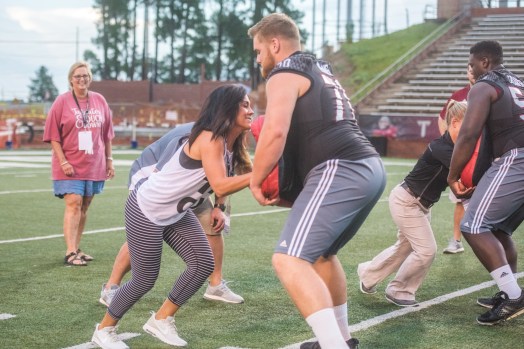 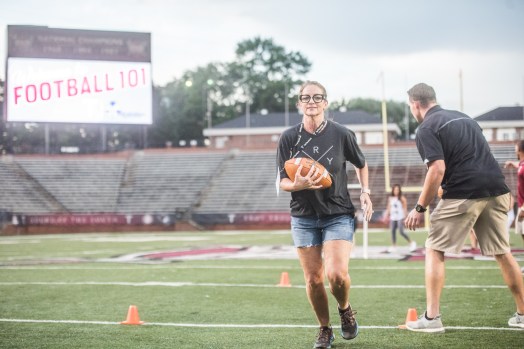 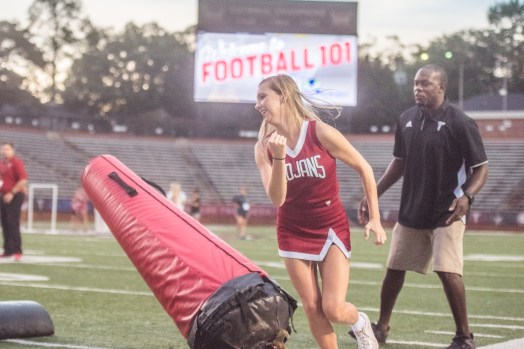 There was plenty of ripping, swimming, blocking and tackling going on at Troy University Thursday night, but it was women out on the field running drills on this day.

The women were there for Troy Football Women’s 101, where they got an inside look at the Trojans’ facilities, workout regimen, practice drills and more.

To kick off the event, head coach Neal Brown and his wife Brooke sat down for a question and answer session about life as the coach and coach’s wife.

“There’s no better time to be a Trojan, as a whole, than right now,” Brown told the women. “It’s a special time at the University.”

While Neal coaches the team during the season, he said Brooke is the coach at home.

“I coach the team and our coaches, and she does everything else,” Brown said.

While the grind of football season is tough, Brooke said she prefers it to the off-season because everything is a routine when the season is in full swing.

“We put in a home office to keep this guy home as much as we can,” Brooke said. “Especially during the early morning hours so he can take the kids to school since some night we won’t be seeing him for a while.”

The family extends out to the team though, they said, with everybody involved together much of the time. On Tuesdays, everybody gets together for “family time” for everyone to come and eat dinner together. Then on Wednesdays, the Brown family gets a family night to themselves.

Neal shared one funny story from around that dinner table the week the Trojans took on the Clemson Tigers, the eventual national champions.

“My daughter Adalyn, who was 8 then, asked ‘What are you going to do about this Deshaun Watson?’” Brown said to laughs from the audience. “I told her she’d have to ask Vic Koenning, our defensive coordinator, about that one.”

After the question and answer session, the women broke into groups to learn about the various aspects of preparing during the football season.

In the weight room, Troy nutritionists and strength and condition coaches talked to the women about the way they get players to lose or gain weight, how they recover and what kind of workouts they can do using the weight racks.

Meanwhile, another group was in the film room analyzing a Troy play as one of the coaches broke down one of the team’s defensive plays against South Alabama.

“So this is our variation of the ‘two-man’ defense,” the coach told the women. “So you can see here that our defensive end is supposed to be containing, but he doesn’t quite maintain it, so the quarterback scrambles. So Blace Brown is leading the country in interceptions at this point in the season, so he’s like a wild dog at the meat market going for interceptions. He cuts his guy free and guess where they throw it?”

Although Brown had let his man slip by him, he tracked him down and stripped the ball out, resulting in a turnover that ended the game.

On the field, Coach Bam Hartman among others was leading the ladies through some drills involving pop-up dummies. The drill involved a brief shuffle drill with three dummies that the ladies were to club and rip, club and swim, and finally tackle.

“I didn’t say dance with him!” Hartman told one of the ladies. “Club him! This guy is the bad guy!”

“You didn’t flip your hips and eyes,” he told another.

Elsewhere on the field, some ladies were learning proper blocking technique, while others went through passing and running drills.

In addition to the fun that everyone had at the event, the proceeds went ot benefit the Christian Love Center.