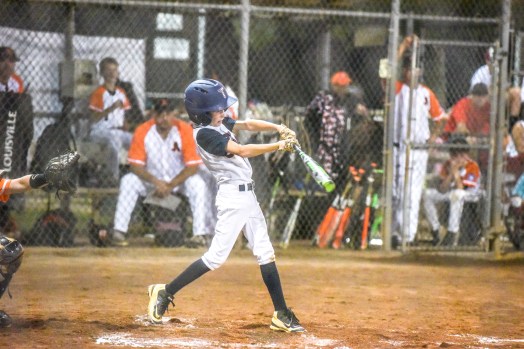 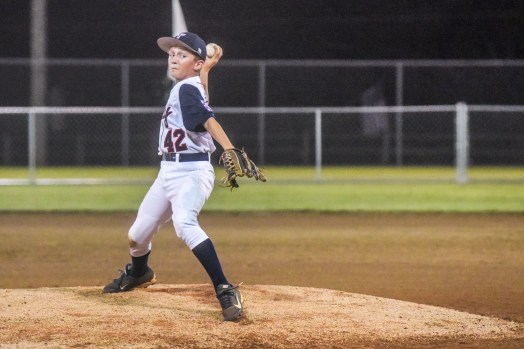 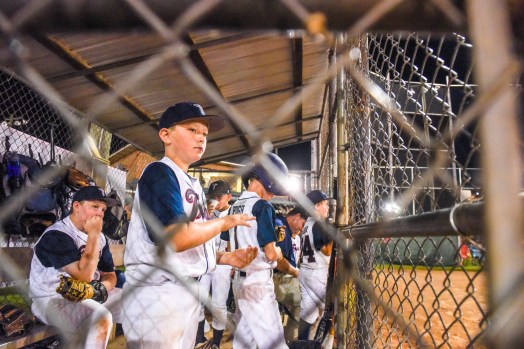 Wes Braisted picked up a walk-off base hit to give the Troy AAA Tournament team a 9-8 win over Alexandria during Thursday’s opening round of the Dixie youth AAA State Tournament.

Troy found themselves down by more than three runs on two different occasions before climbing back to get the win.
“We never gave up,” said manager Adam Brookins. “That’s the same attitude they have had this whole time. No matter what happens they never seem to get bothered by it.”

Troy fell behind by four runs in the second inning before Jordan McBryde smacked a three-run homer to cut their deficit down to one.

“That really gave us the spark we needed,” Brookins said.
In the fifth inning Troy once again was down this time by three runs at 8-5. Troy strung a few hits together and tied the game on a hit by Kade Brookins.

After holding Alexandria scoreless in the top of the sixth, Braisted played the part of the hero when he smacked a bases loaded single to the outfield to win the game for Troy.

Braised got the start for Troy and pitched two innings and was followed by Luke Barron, Cole Pugh and Kade Edwards.
Troy’s gameplan going in was to limit the pitch count of their pitchers in order to use them in the tournament moving forward.
“If we could win today then we only have to play one game on Saturday and that really helps our pitchers,” Brookins said. “Wehave five pitchers that  you can run through pretty quick.”

Troy finished with nine hits led by Braisted and McBryde who both finished with two hits a piece, while Pruitt Vaughn, Jackson Blair, Brookins, Kaneil Lewis and Dawson Bradford all had one one hit.

The win for Troy sets up a second round matchup with Moulton at 7 p.m. this evening.