Not enough: Troy 8U Coach Pitch falls to Taylorville in finals 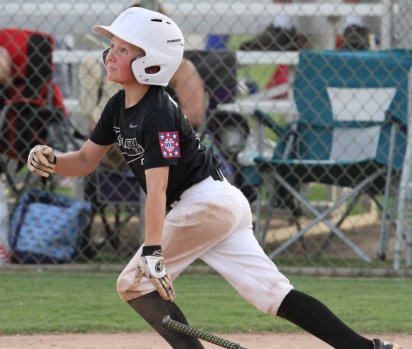 Photo/dan smith After advancing to the championship series, the Troy 8U Coach Pitch team fell to Taylorville 8-3 and 5-3 ending their run at state championship in Enterprise. 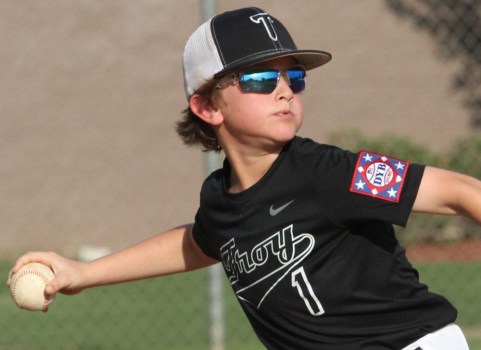 The Troy 8U Coach Pitch team’s season came to a close Tuesday afternoon when Taylorville swept them in the finals of the State Tournament in Enterprise.

After beating Tuscaloosa 8-3 on Tuesday morning, Troy advanced to the best two-out-of-three championship series where they fell in two games 8-3 and 5-3.

“We ran into a good team and got a little tired,” said manager Dax Pugh. “It was a long tournament and it’s a war of attrition when it comes down to it.”

Both games were competitive, with Troy losing by a combined seven runs. Game two went into extra innings.

“We were pretty well-matched,” Pugh said. “They made a ton of plays at short. They hit the ball better than us today. We just weren’t able to get the bats going and it cost us.”

Facing elimination in their final at-bat of game two, Troy was able to even the score when Cooper Johnson scored the game-tying run on a sacrifice fly by Owen Pugh. Troy scored two of their three runs in the final inning. Overall, Troy scored six runs in the series– the lowest number they’ve scored all tournament long.

“This team held us to the least amount of runs we scored in the tournament two games in a row,” Pugh said. “That is just the way it goes. When you play teams that are evenly matched with you, you can’t give them an advantage. I don’t think we played badly; we just didn’t play as well as we have been playing. It takes your best game to beat the best opponents and we didn’t have that today.”

Defense stuck out in Troy’s five-run win on Tuesday morning and they carried it over to the two games against Taylorville.

“We played very sound defense all the way through the tournament,” Pugh said. “We made a couple of errors today that hurt us and we got beat by two runs. We made a couple more than they did. They had some timely hits that we couldn’t do anything about.”

Owen Pugh had 12 putouts in the two games leading up to the championship series and coach Pugh believes he had 10 more in the series alone at shortstop. Kellen Stewart made a catch and Damion Williams played a great second base, Pugh said, fielding more ground balls than he has all tournament long.

“We were strong and real sound,” Pugh said. “They were just better than us today.”

On offense, Charlie Fountain hit the ball as consistently as anybody. Along with Fountain, Tucker Vaughn, Braden Shirley, Williams and Clay Johnson all had good performances on Tuesday.

Even though they didn’t end up where they wanted to, Pugh said he and his players had a lot of fun.

“I think this is the fun age group,” Pugh said. “I have coached several years and it’s a lot of fun. They get so much better from the end of the rec. season to the end of tournament play. This to me is fun. It’s really fast-paced and you play the games quick. They’re young enough where they are competitive with it, but it’s still fun.”