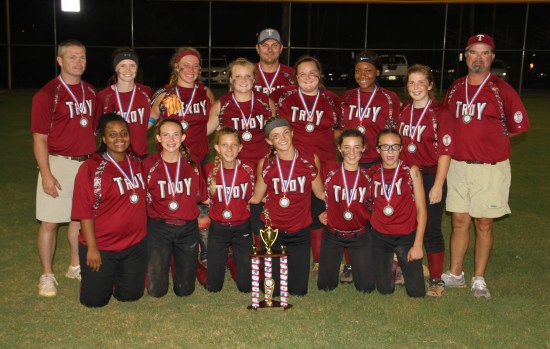 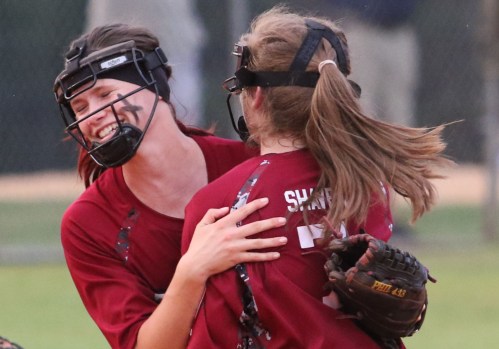 The Troy Belles took home a state championship Monday night when they defeated AUM 10-0 in Montgomery.

This makes the fourth time in the last five years that the Belles have brought home a state championship.

“It’s kind of surreal,” said manager Brian McLendon. “It’s amazing that we were able to win tonight. These girls played with a lot of passion; it was a great night.”

The Belles entered this summer with their eyes on getting Troy back to the World Series after missing it last summer.

McLain entered the summer knowing he had a talented roster, but his team finished the state tournament on a tear. The Belles outscored their opponents 78-9.

Morgan Bundy got the start for Troy and pitched a complete game, a one-hit shutout for the Belles.

“She was on fire tonight,” McLendon said. “Her screwball was breaking off the table and her fastball was hard. They couldn’t catch up with it. She was confident on the mound and she looked really good.”

At the plate, McLendon believes his players had a great performance up and down the lineup.

“Everybody contributed; everybody got a hit,” McLendon said. “Nobody stood out. McKenzie Cain hit one off the fence. Everybody was hitting the ball and being confident at the plate.”

The Belles will now travel to Sumter, South Carolina for the World Series beginning on July 28.