On to state: Darlings in search of a complete game performance at state tournament 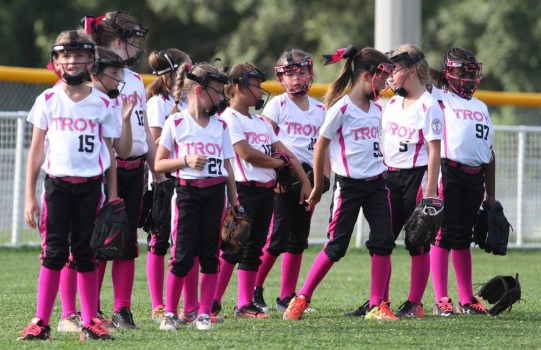 Photo/Dan Smith The Troy Darlings begin the state tournament on Friday evening when they take on Montgomery American at 6:15 p.m. in Andalusia. 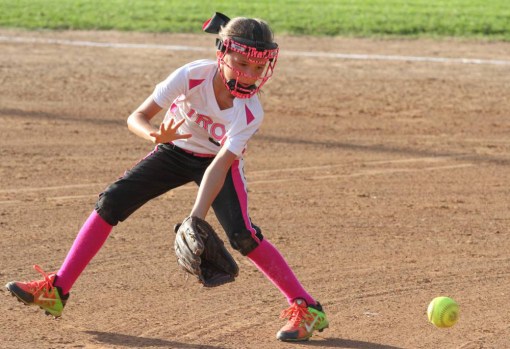 After finishing second in the district tournament, the Troy Darlings look to play a more complete and consistent game beginning tonight in the state tournament in Andalusia.

“We have been working on our fundamentals and trying to get more reps so it becomes second nature when the games get going,” said head coach Anthony Dixon said. “Hopefully they won’t have to think … they can just react.”

Dixon believes poor play in two innings that proved to be the team’s downfall in the district tournament.

“We have to play a complete game,” Dixon said. “It really came down to two innings in each game. We have to play five innings and try to be consistent at the plate and in the field.”

Key to the game will be maintaining the right attitude, whether the players face mistakes or successes.

“At this point most of the girls are not quite there mentally,” Dixon said. “It’s easy for them to get down. We are constantly trying to encourage them and telling them to keep their heads up. I tell them that is the only thing I get mad about with them. I don’t care if they mess up or strike out, but when they start pouting or hanging their heads is when I get upset”

The last few days have been extremely hot in Troy and before that there was constant rain here in Pike County. The Darlings hit in batting cages and stayed out of the elements as much as possible.

“We practiced in the rain a few nights,” Dixon said. “We have tried to fight through the weather just to make sure we get in some reps and practice.”

The Darlings will face increased competition in the state tournament.

“The teams we are playing against are all going to be strong,” Dixon said. “We just have to be able to play the outfield. It’s not about just hitting to the infield anymore. We need to make sure the outfield is playing just as well as the infield and making sure that everyone is hitting the ball.”

Troy’s first game is at 6:15 p.m. today against Montgomery American.