Staying loose has been the main objective for the Troy Ponytails as they head into the state tournament in Montgomery on Friday night.

The Ponytails haven’t played in about two weeks, but despite the holidays and hot temperatures Troy feels like they are ready to go.

“We took a little vacation for the Fourth of July,” said Troy manager Terry Garrett. “We are ready to get this thing rocking and rolling on Friday.”

Troy took home second place in the district tournament in Geneva about two weeks ago. Troy struggled in the field and couldn’t get anything going at the plate. Now with state looming, Troy knows where they have to get better.

“I think they understand where we need to improve at,” Garrett said. “Our outfielders have been working really hard at getting better and getting jumps on the ball. That is where we have been struggling in the outfield a little bit.”

With the hot temperatures and the dog days of summer quickly approaching, Garrett has been changing it up in order to keep his team loose both in practice and in a game.

With this time of the year being so popular for vacations, Garrett wanted to give his players and their families the opportunity to have some fun.

“A lot of girls were out of town,” Garrett said. “This is summer and everyone wants to be on vacation. Practice has been hard to get your key players into their positions, but we have been working on our fundamentals.”

Temperatures are expected to soar into the 90s on Friday, leaving Garrett to wonder how is team will respond.

“I don’t know what it’s going to be like,” Garrett said. “I don’t know how the girls are going to respond. This is the first time in my playing Dixie ball that we are playing the week after the fourth. It’s all going to be kind of new for me and the girls.”

Even though his players have been on a break since the district tournament, Garrett believes it could be a big benefit when they come back fresh.

One area of the game Troy hopes they will be fresh in will be on the pitching mound, and Garrett believes he has options.

“We are going to have to pitch whoever is ready to pitch and who looks the best,” Garrett said. “I think they are all equal. It’s going to be who is on the most.”

For Troy to be where they want to be, the base-running is going to have to continue to be the strength.

Troy will begin their tournament in Montgomery against Auburn-Montgomery 6:45 on Friday. 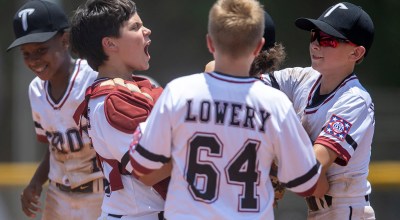 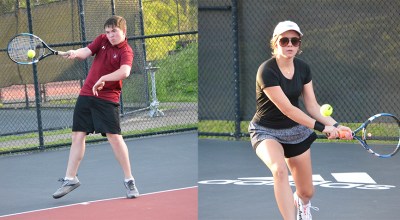 Despite no game action, Junior Dixie boys ready for…