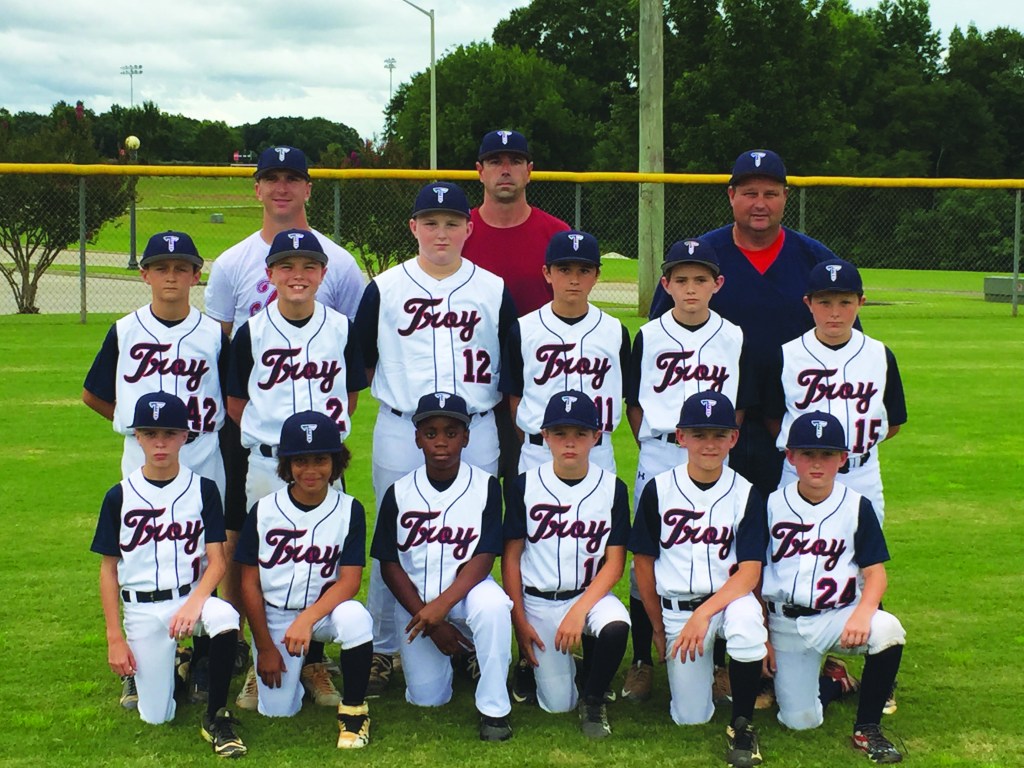 Troy AAA manager Adam Brookins’ AAA enters next month’s state tournament in Troy with a roster that is chalk full of players with a strong pedigree of winning.

Brookins has coached largely the same group of players since 2015 and he said it’s been a joy to coach not just his son, but his son’s friends as well.

Brookins has had had the same crop of players during his time coaching tournament baseball in Troy.

In 2015, he led Troy’s Machine Pitch team to a state championship and a berth in the World Series. Now, two years later, they are ready for more.

Brookins and his coaching staff has harped on that goal on a daily basis at practice, preaching they have to be better with each practice.

Nine of the players on this year’s roster won a state championship with Brookins in 2015. From then on, Brookins has had the opportunity to see his players continue to grow into good ball players.

Since wining the coach pitch state championship in 2015, this crop has been through a lot together and there hasn’t been a lot that these players haven’t seen or experienced together while on the field.

“To know no matter how many runs they are down they can always come back and win a game is huge. They don’t lack confidence.”

A large amount of these players are dealing with players pitching for the first time, but so far the transition has been a smooth one and Brookins is able to choose from a fairly large group of pitchers.

“To develop pitching from last year to the kids that are going to be helping this year is the biggest thing,” Brookins said. “We have had to find pitching and we have had to develop them, work with them and teach them how to pitch. I think we have six kids that we can throw out there anytime and expect to win a ball game.”

Brookins’ squad has had to sit back and watch Troy’s other tournament teams participate in district tournaments over the last few weeks, but that doesn’t mean they haven’t been playing. Troy has participated in warm up tournaments to help gear them up for state.

“They are chomping at the bit to play,” Brookins said. “Us coaches are really ready to see what we got.”

The AAA team will compete at the State Tournament at the Troy Sportsplex beginning on July 13.