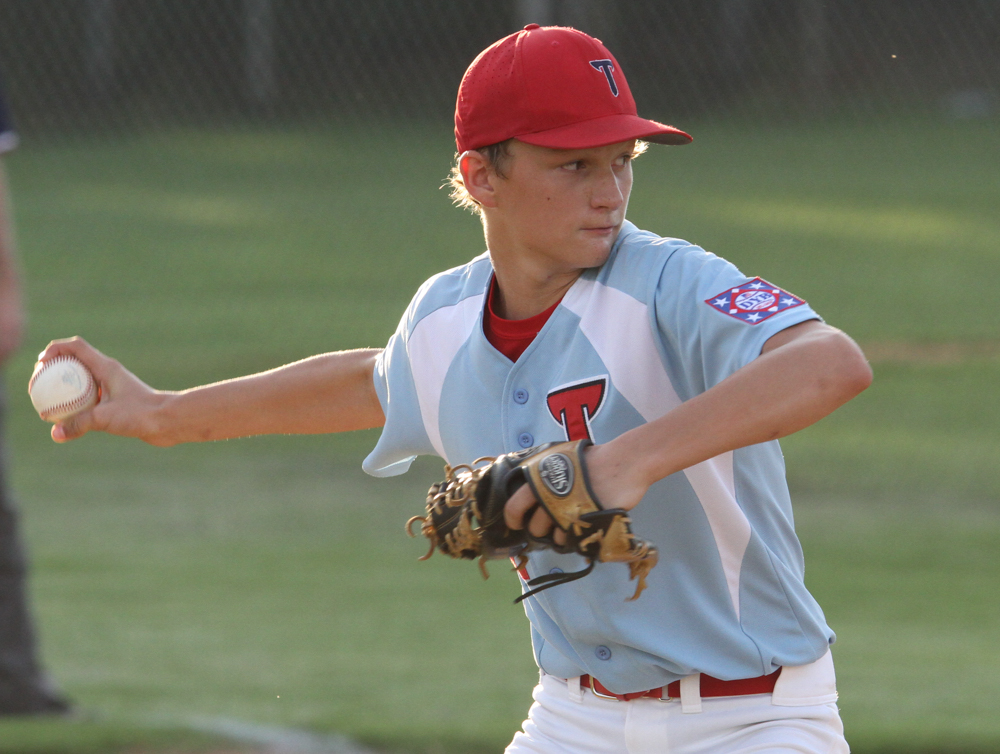 The Troy Ozone team led by Landon Tyler (right), who had a complete game defeated Enterprise 10-0 in game one of a three game series. Ozone won game two against Enterprise 6-3 to give them the championship.

The  Troy Ozone team claimed the district championship in Enterprise on Monday evening by sweeping Enterprise by scores of 10-0 and 6-3.
The win vaults Troy straight to the state tournament.
“We are on a great run,” said manager Bobby Templin. “We now have a couple of weeks to maintain that in practice and we look forward to get ready for the state tournament in Enterprise. Hopefully we understand the competition is going to continue to improve. We just have to get ready for that.
Landon Tyler got the ball for Troy in game one and pitched a complete game shutout.
“Landon Tyler did terrific,” Templin said. “He threw the ball really well and threw strikes. I was super proud of that.”
Troy got production up and down the lineup, so much so that Templin couldn’t single anybody out for their performance.
“Up and down the lineup everybody did great and did some good things for us,” Templin said. “It looked good. We hit the ball well.”
Mario Davenport pitched a much closer game two for Troy on Monday. After one inning, Parker Adams came in to pitch the remaining five innings.