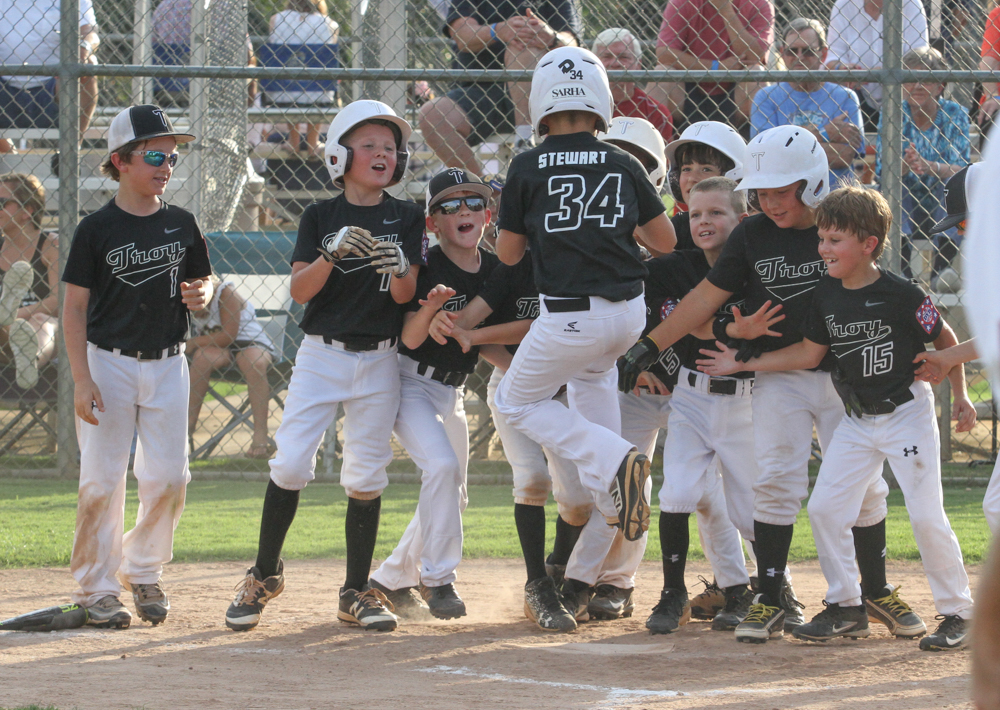 The Troy coach pitch team claimed the district championship by sweeping Geneva by scores of 15-0 and 13-2 in Enterprise on Monday evening. Left: Kellen Stewart of the Troy 8U Coach Pitch is greeted by teammates after belting a home run in a 15-0 win over Geneva Monday in Enterprise.

The Troy 8U coach pitch team claimed the district championship on Monday evening by defeating Geneva 15-0 and 13-2.

“The boys showed up and played,” said manager Dax Pugh. “We have a good group of boys with good attitudes and who want to work hard and get better everyday.

In game one Troy had a 10-run first inning that started with a double by Cole Garrott. Cooper Johnson scored two runs during the inning and Kellen Stewart also had a two-run home run that sailed over the fence.

Damien Williams and Owen Pugh led all batters by going 3-3 at the plate.

In game two, Troy had another big first inning by scoring eight runs after batting around. Charlie Fountain and Benjamin Cochran both had doubles in the inning.