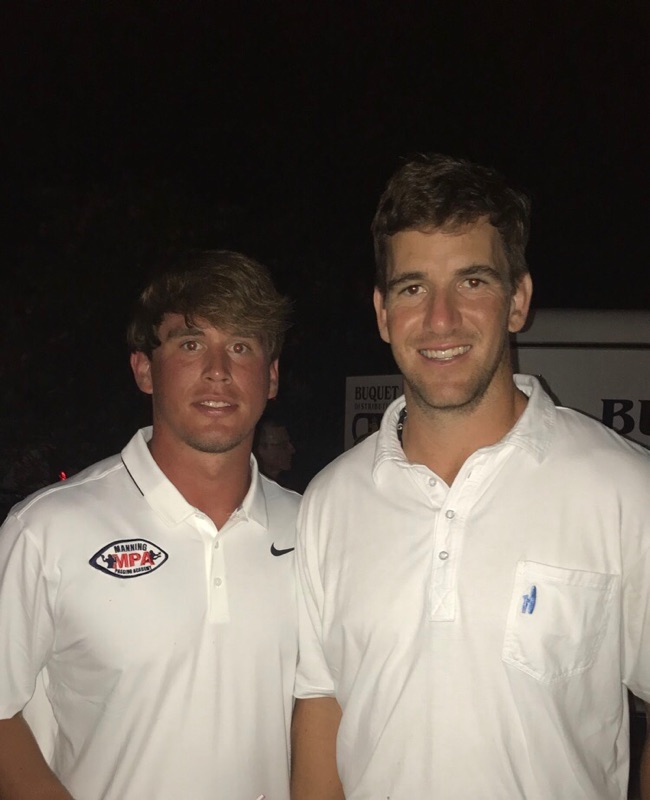 Silvers was one of 43 college quarterbacks that participated in the camp that is run by the Manning family, which includes former Indianapolis Colts and Denver Broncos quarterback Peyton Manning, New York Giants quarterback Eli Manning, Cooper Manning and former NFL quarterback Archie Manning.

“It was great,” Silvers said. “I have been watching Peyton and Eli my whole life and I knew of Cooper Manning also. I got a phone call from him (Archie Manning) on a Sunday night this summer. It was great to be able to talk with them and go into detail what their week schedule is. This is what they have learned over the years on and off the field. It was a great experience overall.”

Silvers, along with the other college quarterbacks, were in charge of instructing 1,200 campers over the four-day camp, leaving Silvers to instruct eight quarterbacks.

“I told them it’s not all about your arm strength,” Silver said. “You have to have a lot of mechanics. I was doing some drills on quick game routes, three step routes and lots of quick screens. It’s not all about your arms; it’s about your legs. Some people were throwing with their elbow low, just thinking they could just drop back and throw it. There is a lot that goes with throwing the ball accurately.”

The Mannings have long been known as quarterbacks that work hard and do a lot of studying. Peyton during his time with the Colts and Broncos would spend hours watching film and studying his opponents as far out as three or four games. That was what captivated Silvers the most.

“The best thing I learned was about game film study, what they did during the week to get ready for the games,” Silvers said. “Peyton is obviously big on watching film. He would watch two or three games before coming into the office on a Tuesday. We do the same thing here (Troy). Kind of all the same things they do, we do here.”

It was a busy schedule for Silvers during the camp. He began the day with meetings in the morning around 8 a.m. He then would have two practice sessions, before being involved with 7-on-7 drills at night for the younger quarterbacks. At the end of each day, Silvers attended social events.

It wasn’t all work for Silvers; he was able to get instruction by the quarterbacks. One thing that Silvers worked on was taking snaps under center, something that he has never done while at Troy.

“I don’t ever do that, so we worked on that there,” Silvers said. “They pointed some stuff out like not throwing from the hitch.”

Silvers wasn’t able to get one-on-one time with any of the quarterbacks, but he was able to chat with them along with their small groups.