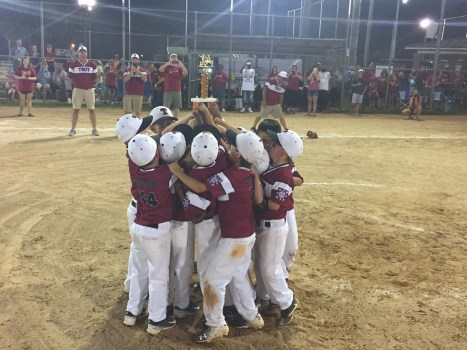 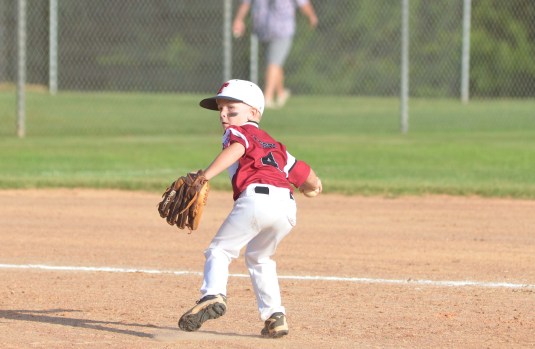 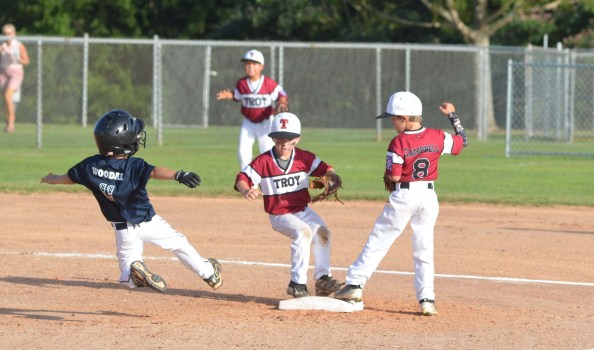 The Troy 5- and 6-year-old coach pitch team wrapped up the district championship at the Sportsplex on Friday.

“What was most impressive was how these 6-year-olds battled,” said manager Scott Ross. “They never gave up. What I wanted us to do was come out and compete and show how well we can play. We did that in the first game. In the second game we didn’t hit as well as we could, but when we were down in the last inning the bats came alive.”

Enterprise won the coin toss prior to the first game and elected to be the visitor. Enterprise scored just one run in the first, opening the door for Troy in the bottom half of the first. Cope Russell, Ethan Gardiner and Connor Sanders all scored and Troy had a 3-1 lead.

Enterprise took a one-run lead in the heading into the bottom of the second. Troy quickly responded with their first of two seven-run innings to go up 10-4. Brandunn Golden, Coley Davis, Campbell, Russell, Gardiner, Sanders, Dru Jinright and Andrew Gutierrez had hits in the inning for Troy.

Enterprise went down 1-2-3 in the third and Troy went up 11-4 in the bottom of the inning when Dreyton Wingard scored.

Enterprise had their biggest inning of the game in the fourth when they scored seven to even the score at 11-11.

Troy came back with a seven-run fourth inning to put the game out of reach at 18-11. Troy sent eight batters to the plate in the inning with seven of them crossing home plate.

Enterprise was able to score three in the final inning, but it wasn’t enough to knock off Troy.

In game two Troy and Enterprise battled back and forth until the sixth and final inning. Troy entered the inning trailing 14-9. With three outs to play with, Troy sent nine batters to the plate and scored the maximum seven runs in the inning to take the two-run lead at 16-14.

Troy still needed to secure three outs to hold on to the championship, and Ross was happy to see his defense stand tall.

“I always love winning with defense and the defense showed up and made the plays that we needed to make,” Ross said.
Enterprise got the leadoff of runner on base and after a strikeout, Cope Russell caught a line drive and turned it into a game-winning double play.

“What’s funny is he made almost an identical play to win the recreation league championship for us,” Ross said. “He is just a special player, as all these kids are.”

Troy now advances to Dothan to take part in the state tournament beginning on July 6.

“We talked about the competition level getting higher,” Ross said. “Enterprise is an extremely good team and that is what we are going to see a lot down there. I feel like we are going to go down there and compete.”