After a dominating run in Luverne, Belles prepare for state 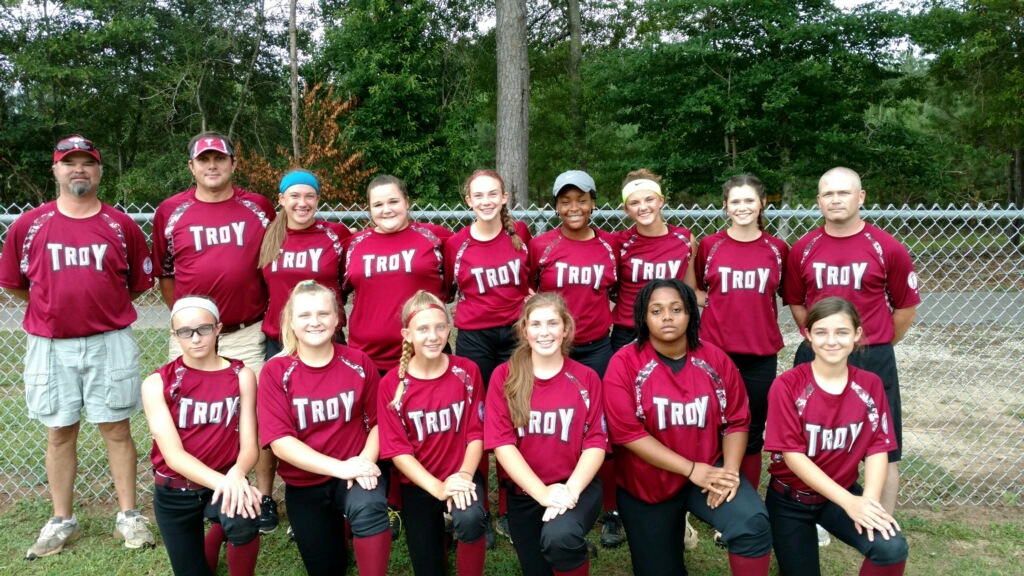 Submitted Photo The Troy Belles fresh after their district championship are now preparing for a run at a state title in Montgomery.

The Troy Belles outscored their opponents 58-25 in three games as they clenched the district championship.

“It was really good based on the amount of practices that we had,” said head coach Brian McLendon. “The girls did a fantastic job; they gelled from day one and everyone is getting along.”

Ever since day one of practice, it’s been all about softball for the Belles.

“It’s been strictly business every time we step on that softball field,” McClendon said. “They have put in a lot of hard work; a lot of hitting and a lot of fielding.”

The Belles team includes varsity players from Charles Henderson, Goshen, and Pike Liberal Arts among others and they have added a little extra punch to Troy’s roster this summer.

“It’s amazing to have the talent that we have,” McLendon said. “We have a very well-rounded out ball team.”

The roster has a mix of speed and power.

“When I made up my roster I went speed, speed, hit and power,” McLendon said. “It’s worked out decently that way. My power hitters have stepped up and have been driving the ball, but also the speed is getting on base.”

On the mound Troy has a deep rotation led by Pike Lib’s Morgan Bundy. Bundy and Lexi McLendon pitched the three games in Luverne.

“She (Bundy) has a lot of movement to her pitches and is very accurate,” McLendon said. “Lexi McLendon has come along a lot this year. She has a few pitches that look really good. We have four other pitchers that can pitch.”

The Belles will head to Montgomery for the state playoffs in early July where the competition level is sure to go up.

“I plan on us being really prepared when we get there,” McLendon said. “We have to practice a lot on small ball stuff, a lot of bunt coverage and who covers what base. I expect stronger competition, but these girls are so good, I see them stepping up to the plate and to the better teams that we are going to see.”