Waiting game: Ponytails ready to play for a championship 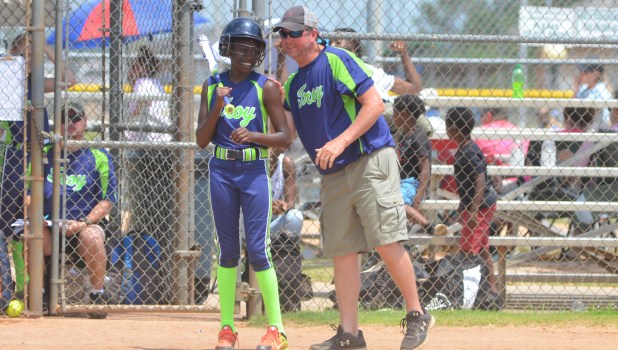 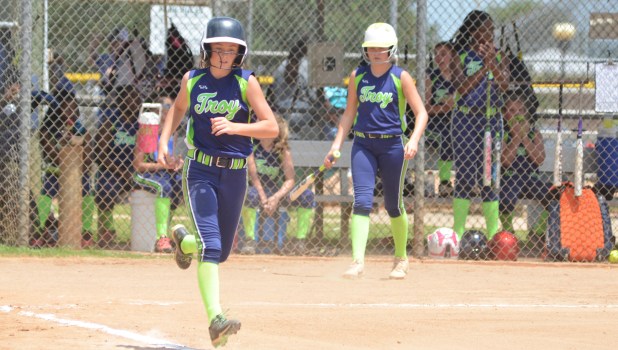 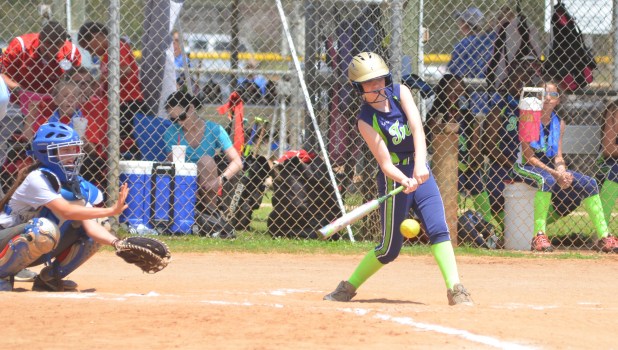 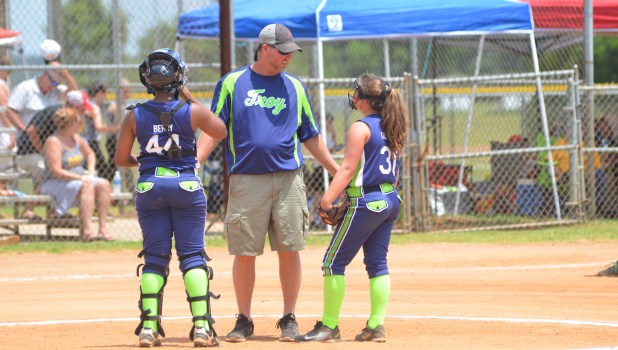 The Troy Ponytails have had a long time to wait for their rematch with Geneva in the district championship game, but when the rain stops and the fields dry they will be ready to go.

Three days have passed since Troy defeated Greenville in the semifinals and, for manager Terry Garrett and the rest of the Ponytails, it’s time to play.

“I haven’t seen my girls since Monday night,” Garrett said. “For me and my daughter it’s like ‘Well, here we go again, on to the next night.’ I think they are pleased to know that they are in state and I hope they are ready to battle.”

Troy secured a spot in the state tournament in July after wrapping up at least second place in the district tournament. Garrett, however, doesn’t want his team to get complacent; he wants the championship.

“I don’t want to come in second place; I want to win district,” Garrett said.

Before the weather, it looked like Troy was on pace to do just that. They defeated Greenville 13-0 and were playing perhaps their best softball. Even with the days off in between, Garrett hopes his team comes out and plays loose in search of a championship.

“I would like them to play loose and not stress out over every detail,” Garrett said. “I have noticed that when we start stressing it starts to pour over on to the field. I am trying to get the girls to stay relaxed.”

Troy took on Geneva on Saturday and got off to a slow start. From there things got away from them and Garrett believes his team kind of lay down. This time around, he wants his team to play the entire six innings.

“We know this Geneva team is a good team,” Garrett said. “We want to show them that we are good and that we are going to play with you. That is our goal if we get to play this game.”

One area of their game that has been a surprise to Garrett has been base running.

“That is something we have stressed,” Garrett said. “We knew we had speed on this team. That was what we were going to utilize. We do a lot of delayed stealing and we are going to take an extra base.”

At the plate, the Ponytails have shown some unexpected power. Both Dakota Berry and Mikalah Griffin have both hit home runs.

“I have been really impressed with how we hit the ball,” Garrett said. “We have hit two home runs during the tournament. I don’t think I have ever had a 12-year old hit a home run and I have had two of them. There have been four so far, we have had two and Geneva has had two.”

The pitching staff for Troy, who will be responsible for keeping Geneva’s offense at bay, has been another strength for Troy so far.

“The pitching has really surprised me because we are young,” Garrett said. “Three of my starting pitchers are 11-year olds. I have been very pleased with my younger pitchers, especially Hannah Sparrow. We have been preaching throwing strikes and limiting walks because that is what wins ball games.”

Sparrow is coming off a no-hit performance in her previous game.

Troy is scheduled to take on Geneva at 6 p.m. in Geneva.