Troy Sweetees bounce back with 10-6 win over Enterprise 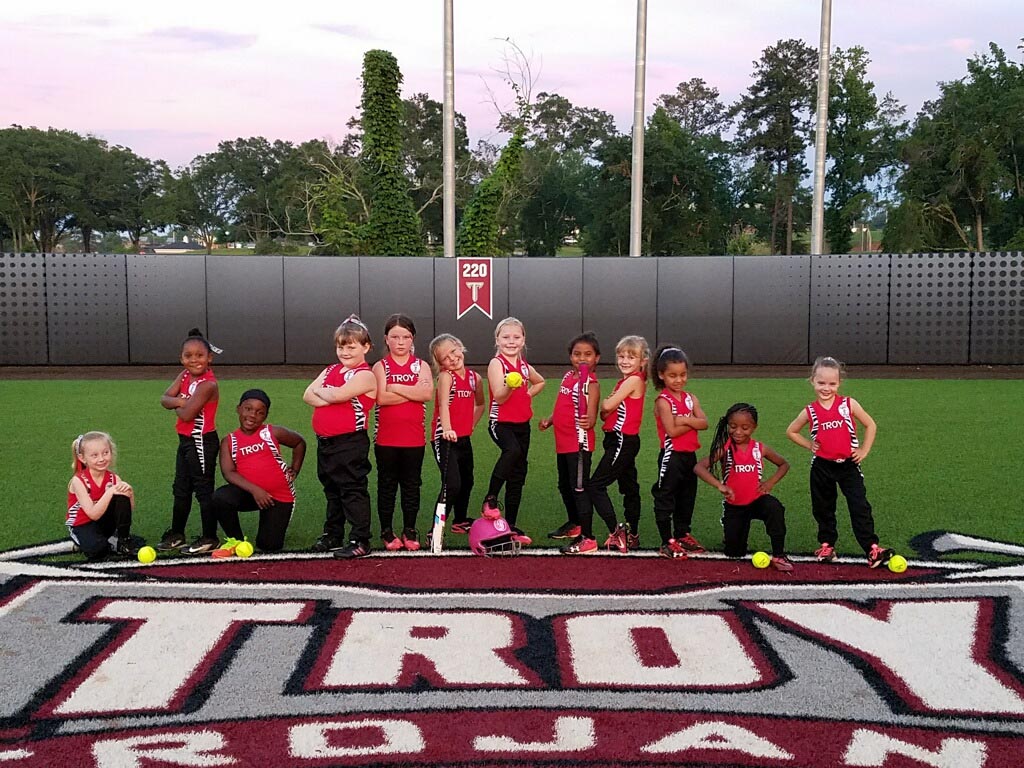 submitted Photo The Troy Sweetees bounced back from their round one loss and defeated Enterprise 10-6 on Friday night.

The Troy Sweetees bounced back from a round one loss to defeat Enterprise 10-6 in the second game of the Sweetee’s District Tournament in Enterprise.

“They played hard; the girls are resilient,” said manager Willie Wright. “The most important thing we try to do is have fun. We have a great group of girls that are very hard working.”

In their round one loss on Thursday, Wright said the players let the moment get to big for them. On Friday things changed for the better.

“We put the ball in play,” Wright said. “We struck out a lot the first night and that is something we don’t normally do. The big difference was they were in a different ball park and they had decent crowds. They got caught up watching and looking at their parents.”

The difference between the two games also happened in the field. Troy was able to get a line drive out and Jayli Dubose caught a pop fly behind home plate.

“Those are things where you know things are going well when you see 5- and 6-year-olds catching line drives and popups. That was the real turning point and it made a difference.”

The team work that was on display in Enterprise was what caught the attention of Wright the most.

“Every girl on our team contributed in some way,” Wright said. “For us to be successful every girl needs to contribute.”

With the win Troy advances and will play on Monday beginning at 6 p.m.

Troy took advantage of an inexperienced Pea River team and won their opening round of the District Tournament in Luverne 22-1.

“We looked pretty good,” said manager Anthony Dixon. “The team we were playing was probably one of the more inexperienced teams in the tournament. We were able to hit the ball and move around the bases.”

Dixon was impressed with the defense his girls showed on the field.

The win sets up the Darlings with a game in the winner’s bracket this afternoon.

“That was big and very important to get the first win and get in the winner’s bracket,” Dixon said. “We will find out more tomorrow.”