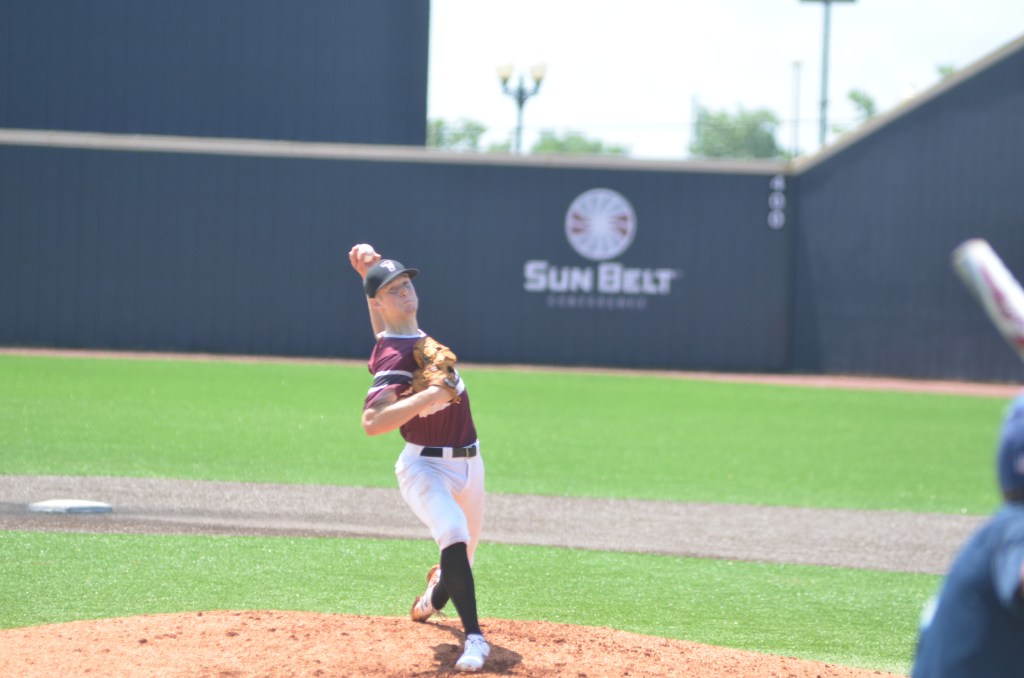 The American Legion Post 70 baseball team began the Fathers Day Classic with a 10-0 win over Dothan Post 12 on Friday at Riddle Pace Field.

Post 70 starting pitcher Nathan Light stole the show with a six inning no-hitter and the offense helped out by scoring in all but two innings.

“We came out here and had a great pitching performance,” said coach Rush Hixon. “We played good defense behind him, and our bats were there. We had timely hits when we needed them. It was a very good performance by the team.”

Light allowed six base runners on five walks and a fielder’s choice, but he racked up six strikeouts.

Post 70 finished with nine hits in the ball game led by Gage Herring and Jackson Tate who both finished with two hits, including an inside the park homerun by Tate in the sixth inning.

Santiago Garcia led off the second inning with a walk. Charles Henderson’s Bryson Gandy came in to pinch-run, stealing second and reaching third on a wild pitch before scoring on an error.

Light faced just three batters in both the third and fourth innings. Logan Thompson singled in Herring for the inning’s first run. Garcia smacked a two-run double scoring both Thompson and Miller to bring the score to 6-0. Casey Henderson scored the inning’s final run on a wild pitch, giving Troy an 8-0 lead.

Hunter Reeves hit a two-run double scoring both Gandy and Herring to bring the score to 10-0 heading into the sixth inning. Tate led scored the inning’s first run when he hit an inside the park homerun to right field.

Post 70 improved to 2-0 in the tournament later in the afternoon when they defeated Pulaski 4-3.

Post 70 will be back in action this morning at 9:30 a.m. at Charles Henderson High School.