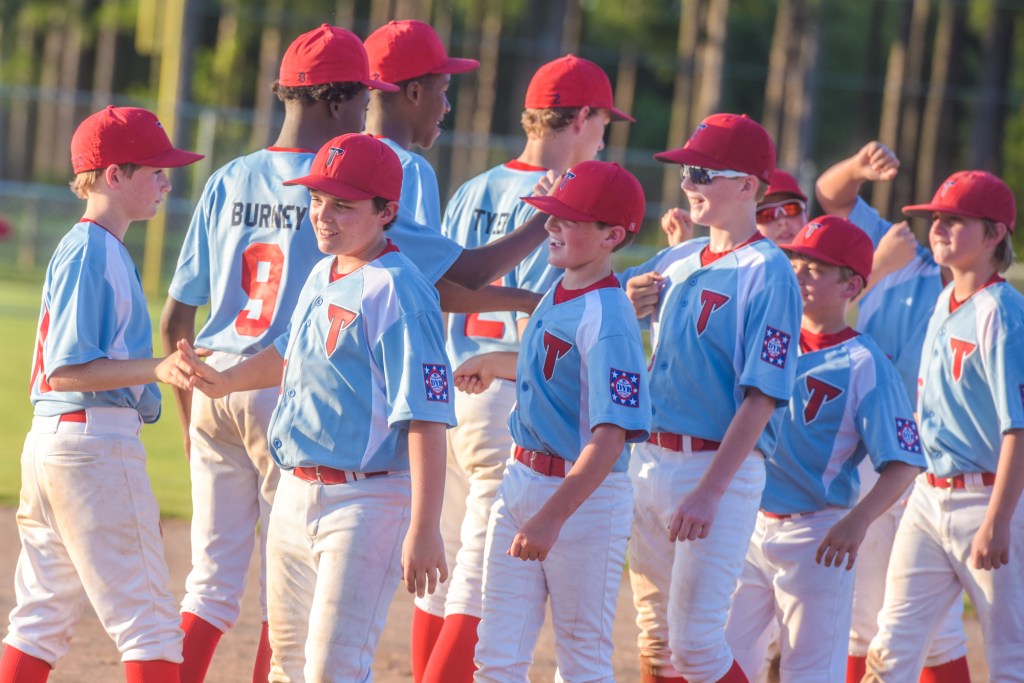 The Troy Ozone team had to wait an extra 24 hours to start their tournament, but they defeated Zion Chapel 18-0 Friday at the Troy Sportsplex.

“It was a great first game, exactly what we were looking for,” said manager Bobby Templin. “We showed up and had good at bats and hit the ball hard really from the first inning on. In the field we made a lot of good plays.”

Will Templin got the start for Troy and pitched all three innings without surrendering a hit.

“He looked OK,” Templin said. “(It) may not have been his best stuff, but he did what we needed him to do tonight. He hit his spots and threw strikes.”

After Phenix Griffin reached on an error and Payne Jefcoat singled, Connor Thrash doubled in both of them to put Troy up 2-0. Thrash came into score on a single by Landon Tyler for the third run of the inning and Tyler scored the fourth run on an error.

The game unraveled quickly in Troy’s favor in the third. Troy sent 18 batters to the plate and scored 14 runs to go up 18-0. Troy had a two-run homerun by Tyler and had doubles by Phenix Griffin, who had two; Thrash; Cameron Cox; Cade Renfroe; and Payne Jefcoat.

The win sets Troy up to play the winner of Luverne and Greenville today at noon.

“They key in any of these tournaments is to get into the winners bracket,” Templin said. “We have our pitching set up really nicely. Hopefully we can get the bats rolling again and keep pitching well.”

For the second day in a row, the Ozone Rookies kicked off the action on Friday afternoon in the Dixie Youth Baseball Ozone Rookie District Tournament. Luverne got the first two batters on base in the fourth and hit a three-run homerun to take the lead. The game got away from Troy in the fifth when Luverne scored tacked on three runs in the fifth to get a comfortable six run lead.

Braden Prestwood started for Troy on the mound. He lasted five innings and allowed 10 runs. Troy finished with 11 hits led by H. Adamson and Bradley Prestwood who each had two hits.

The Troy 5- and 6-year-old coach pitch team got their tournament off a good start on Friday. They took on Eufaula and defeated them 16-4 vaulting them into Saturday’s winners bracket where they will play the winner of Luverne and the Enterprise Americans.

Troy struggled early and could never recover against the heavy Enterprise Americans. After Troy went down in the top of the first, Enterprise tacked on six runs to go up 6-0. Troy scored their first two runs in the second after Ty Hughes and Pierce Gill both came around to score.

Six runs by Enterprise in the third sealed Troy’s fate. Landon Flowers scored Troy’s only run in the third. Troy’s final runs came in the fourth when Gill, Will Watkins and Weston Adams all came around to score.