Ozone Rookies kick off tournament with a bang 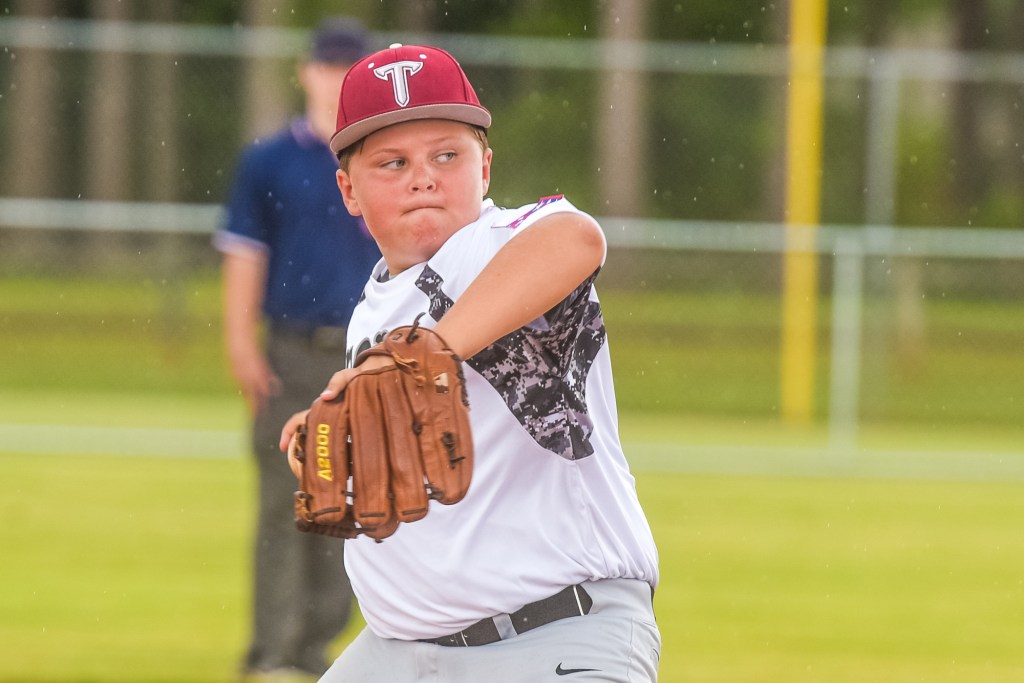 The Troy Ozone Rookies opened their district tournament with a dominating 14-2 win over Enterprise on Thursday afternoon at the Troy Sportsplex.

Jackson Cleveland got the start for Troy. He threw 4.2 innings and allowed two runs, while striking out five batters.

“He pitched as good as has he has pitched in a while,” said head coach John Prestwood. “He hit his spots and he kept the ball low.”

Troy finished with 13 hits led by Damien Hart with three. Houston Gunter and Cleveland each had two.

“We were being patient,” Prestwood said. “We have been watching a lot of strikes. They were aggressive tonight and we hit the ball hard.”

Troy sent nine batters to the plate in the first inning and scored five runs. Davis Kilcrease doubled to score both Braden Prestwood and Houston Gunter. Cleveland got the big hit of the inning with a three-run homerun to center field.

Enterprise came back with two runs on one hit, two walks, a hit batter and an error.

Troy added two more runs in the second. Myles Tyler singled and came around to score on a wild pitch and Bradley Prestwood scored on an error to bring the score to 7-2.

Troy scored for the fourth straight inning when Malachi Cooper came into score on balk by the Enterprise pitcher.

Due to the rain on Thursday night evening, Troy’s second round game against Luverne will begin at 4 p.m.