Tourney time: Sportsplex gears up for start of district tournaments 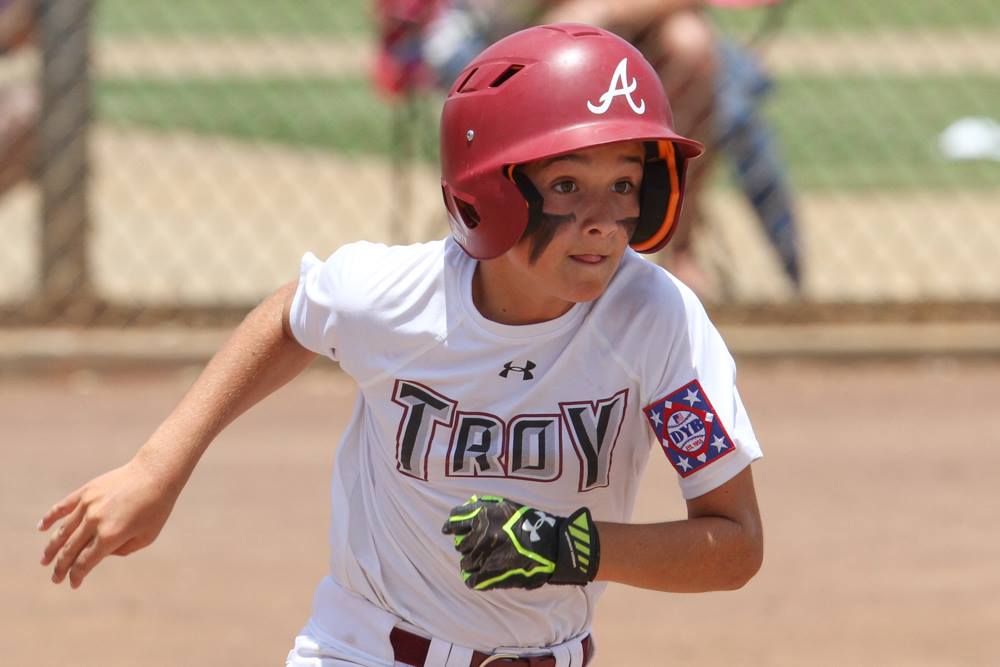 Photo/dan smith The Troy Sportsplex will play host to the 2017 baseball district tournaments beginning at this afternoon. The tournament will run through the weekend and will feature 27 different teams.

Director Dan Smith and the Troy Parks and Recreation Department are no strangers to hosting tournaments. Beginning this afternoon they will get another opportunity when they host the Dixie Youth Baseball district tournaments.

Six leagues and 27 teams – from coach pitch through Ozone – will participate in the tournaments.

“This is the second season, and I know that David Dickey and the rest of the staff have done a tremendous job at getting ready for the tournament season,” Smith said. “David works around the clock and Bart Pettus has worked on getting the pitching mounds built on the field. We are looking forward to having a lot of teams in Troy. We know that Troy is going to be well-represented.”

Throughout the regular season, the Sportsplex primarily played host to softball. For the tournament, the grounds crew has worked tirelessly adding pitching mounds to each of the fields.

“Our grounds crew have done it so many times,” Smith said. “We have dirt infields that are multipurpose. About a month ago we were hosting 56 teams for the softball super regionals. Now starting tonight we will have district baseball tournaments. The Sportsplex is a great facility that allows us to play softball and baseball from one week to the next.”

Players and parents will flock to the Sportsplex by the hundreds over the weekend, and it’s important to Smith and the staff to be able to show them a great time while they are here.

“It’s a very exciting whenever you host a tournament because we will have teams from Eufaula, Luverne and Enterprise (among others) that will be in Troy,” Smith said. “They always put on a good tournament when we go to their places and we hope we can put on a good show when they come here.”

To do that Smith will rely on his part-time staff. From the parking attendants to the scorekeepers, this weekend’s tournament will be nothing new for the workers.

“We are so blessed to have a veteran staff and army of part time employees that have worked many tournaments before,” Smith said. “They have a thankless jobs and we absolutely could not run a professional tournament without their efforts.”

Games will begin this afternoon at 4 p.m. and fans can see full tournament brackets at Troyrecreation.org.