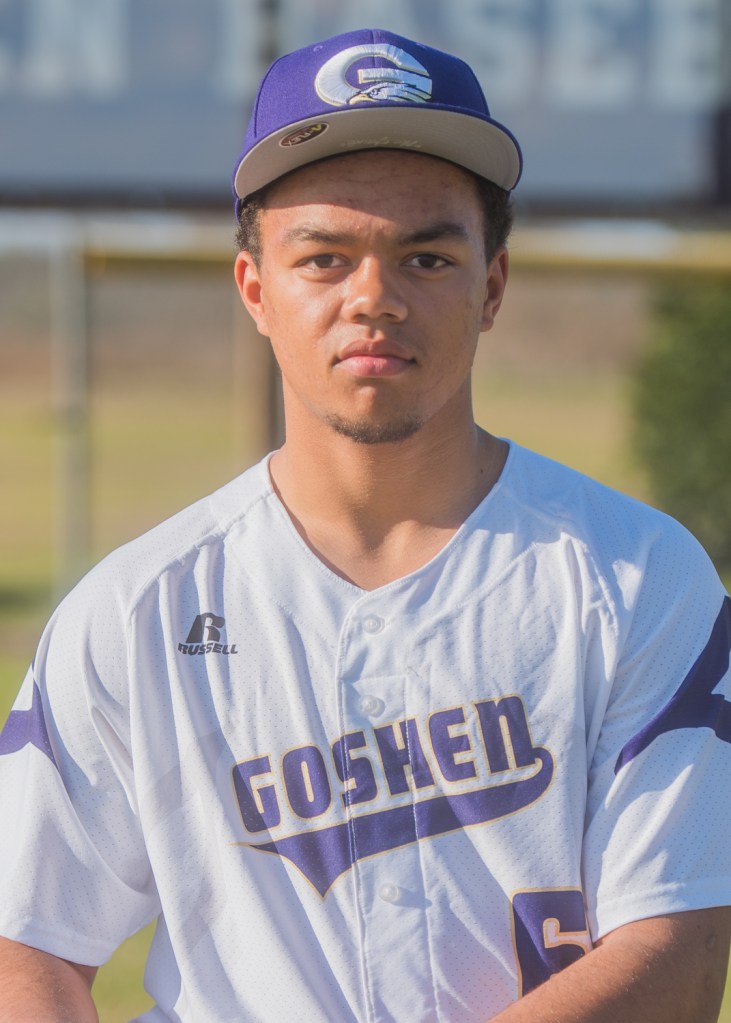 Photo/Jonah Enfinger Goshen’s Cory Peterson was named second team all-state for his performance during the 2017 season. For his efforts, Peterson has been selected to take part in the Alabama Baseball Coaches Association All-Star Event at Riddle-Pace Field.

Peterson and players from around the state will flock to Troy University’s Riddle-Pace Field to take part in a coaches’ clinic, three games and a home run derby.

“It should be a lot of fun,” Peterson said. “The coaches are going to give some work and tell us what we need to be working on.”

Peterson’s talent will be showcased in front of over 30 Division I and junior college coaches throughout the two-day event.

“I haven’t really gotten looked at for baseball,” Peterson said. “This should help me get on the radar with some of the coaches.”

To stand out above the rest Peterson knows he is going to have to work hard.

“I need to have good work ethic and have good fundamentals,” Peterson said.

Peterson has made an impact both in the field and at the plate throughout his years as an Eagle. Although he loves to hit the ball, his favorite part of the game is defense and he hopes he will have the opportunity to show that off over the next few days.

“I like playing in the outfield and running down fly balls,” Peterson said. “That’s what I want to do this week. I want to cover some ground.”

Peterson has played plethora of positions for the Eagles. He hopes his versatility will help him stand out above the rest.

“It should (open some eyes) because it shows that I can play in a bunch of different positions,” Peterson said.

This week’s event will be the first of two all-star events Peterson will participate this summer. He will also play in the North/South game on July 18 at Riverwalk Stadium in Montgomery.